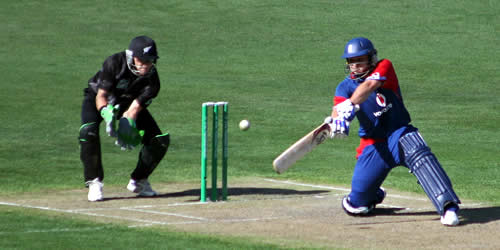 You had your first taste of the IPL this season. Are you hoping to go back to India for the next edition?

It’s something that I want to do and it’s a competition you really want to be playing in. I would obviously like to give it another crack and I’d definitely go back if they want me but it depends on the situation in terms of where I am. Hopefully I’ll be back in the England side by then, and you make a decision based on where you are at the time.

Can you see a tipping point where the ECB and PCA sit down and formalise a window for English players to go and play in the IPL?

It’s hard to say. I don’t know what the ECB’s stance is, to be honest. Ultimately, you don’t want to miss county cricket because it’s what’s given you the opportunity to play for England. You really don’t want to be missing county cricket if you can help it. But I think people understand now that it’s a hard thing to turn down, with what you can learn out there and obviously the financial rewards.

Do you feel you’ve grown as a player having spent time in Australia, South Africa and India during the winter?

Yeah, obviously you do learn when you’re out there in Australia and South Africa. You find out how people do things differently and also get ideas from seeing innings played on those pitches. The thing is, as English players, we aren’t renowned for being amazing in India and the subcontinent and it’s just good netting out there because people will bowl at you for hours and hours, even when you’re not playing. When I came back Sussex were wondering what kind of form I would be in because I hadn’t been playing much, but because I’d literally been netting for hours and hours every day I was actually able to come back and feel in good nick. I had probably been netting more than I would have been in England.

And since recovering from illness, you’ve hit the ground running…

Yeah I have, it’s been nice. Going over to the Big Bash and doing well gave me huge confidence for where I am as a player. Then obviously to carry that on in South Africa and now into the season, the confidence has been sky high really.

With Kevin Pietersen’s retirement from limited overs cricket, do you see a route back into the England set-up?

Yeah, I was in the Twenty20 side last summer and then I got an injury and had to miss out on the winter tour. The goal is to get back there, and helping to defend our title at the World Twenty20 is a huge goal. Before I went away I spoke to Andy Flower, I spoke to Geoff Miller, and they knew what I was going to be doing this winter, especially with the Big Bash, and they said they’d keep an eye out. I suppose if you can back it up in the winter then you’ve got a good chance. Obviously now with an opening spot becoming available, people like myself, [Alex] Hales and many openers around the country will want to get it and the only way to get it is to keep scoring runs.

And is opening the batting your preferred position?

If I could pick my own role in the side then I’d love to open the batting. That’s where I’ve had most or all of my best successes; whether it’s in the Big Bash or if it’s in South Africa, it’s by opening that I’ve made my real mark. But if Andy [Flower] was to ring me up and say ‘Can you go in at six like at the last World Cup?’ then obviously I would take it.

And that’s the same for 50-over cricket?

I’ve either opened or batted three for Sussex and I love batting in that top order in the powerplays, so that’s my A1 position in 50 overs. But if you offered me to bat six and bowl a bit then I’d snap your hand off. When it’s England, you’ll do anything to play. I’m sure there’s people who know what position they want to play but don’t get it.

How do you rate your chances of a recall?

The team is in a really good place and there’s an exciting group of players that we can pick from in Twenty20. We’ll have a really good chance of defending the title in Sri Lanka. After the summer we’ll have more of an idea on squads but in terms of me, I’m just trying to get back in the team.