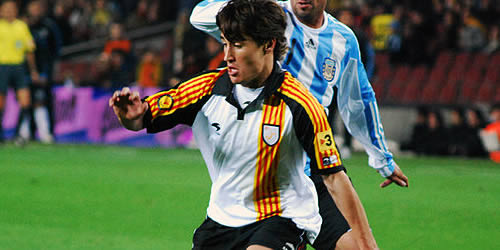 Bojan Krkić had been linked with a summer move to Anfield Photo: Laia, via Wikimedia

Liverpool target Bojan Krkić has ruled out a move away from AS Roma after reaffirming his commitment to his current employers.

The 21-year-old managed just seven goals in 37 appearances for Roma after joining the Serie A outfit from Barcelona in a €11m (£8.5m) deal last July.

The Spain international had been linked with a possible move to Premier League side Liverpool this summer following Luis Enrique’s sacking by Roma in May.

However, Krkić, who scored 41 goals in 163 appearances for Barça, insisted his future lies in Rome and is determined to become a success in the Italian league.

“I will return to Rome because I think is the best option,” he told Spanish radio station RAC1.

“I am very happy and satisfied with my first year there. Everything depends on the season I have this
year.

“It will be the highlight of my career. I want to focus on Serie A, which is quite hard, and to do my best.”

The 21-year-old had a successful stint at Swansea City while on loan from Chelsea, and the Italy international scored six goals in 12 appearances at the Swans.

He started his career at the Blues, while Rodgers was the coach of the youth team, before eventually being sold to Parma in 2011.

Borini spent last season on loan at Roma, who reportedly have an option to buy him for £7m which expires on Friday.