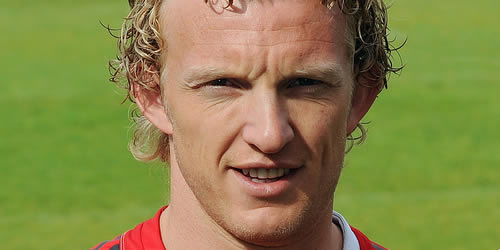 The 31-year-old is set to complete his move later this week, with the former Utrecht striker currently preparing for the European championship with the Dutch squad.

Kuyt scored 71 goals in 285 appearances for Liverpool after moving to Merseyside from Feyenoord in 2006, making his debut in a 2-1 victory over West Ham United.

A statement on Liverpool’s website read: “Everyone at Liverpool Football Club would like to wish Dirk all the very best for the future and thank him for his contribution to the club.”

Kuyt was brought to the Merseyside club by former manager Rafael Benítez, and he scored his first goal in a 2-0 victory over Newcastle United.

The Dutch striker scored in Liverpool’s 2-1 defeat by AC Milan in the Champions League final in 2007, while memorably netting a hat-trick against bitter rivals Manchester United in March 2011.

Kuyt struggled to break into the first-team last season under Kenny Dalglish and was restricted to 26 appearances, largely from the bench.

Earlier this week, Kuyt claimed there were a number of clubs in the hunt for his signature.

“There are many clubs who are interested,” Kuyt told NUsport. “Not only from England, also from Germany, Spain and Italy.”

He also revealed interest from his former employers: “I have had several conversations with Feyenoord but we were unable to agree.

“I did not want on my conscience that Feyenoord would have financial problems because of my salary.

“There were too many doubts on both sides. I’ve thought about it, but it is not the time to return.”