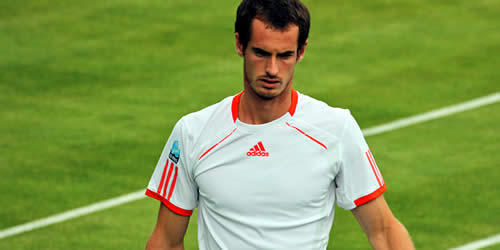 Andy Murray believes he will have to produce Grand Slam form if he wants to complete a potential Olympic double.

The British No1 is set for the singles and doubles at his second Games, after a disappointing early exit from Beijing.

But the Scottish-born 25-year-old is looking forward to appearing at Wimbledon for the second time this summer at a home Olympics and says gold is everybody’s target.

“It means a lot to the players when you’re representing your country – it always does,” said Murray.

“Fifteen to 20 years ago, the top people were missing the Olympics, and now everybody plays. You’re not going to see any of the top players skip the Olympic Games.

“For example, Novac Djokovic won a bronze medal and was in tears. He wouldn’t be that happy if he lost in semi-finals at Wimbledon.

“The last Olympics in Beijing was one of the best sporting experiences I’ve had. Being a part of the team and being around so many great athletes, it’s not something tennis players are used to, so I really enjoyed that part.

“I was really disappointed with the way I played, so I’m hoping that this year with it being at Wimbledon and home Olympics, I’m very motivated for it.

“Hopefully, I can have a very good tourney and potentially be playing doubles with my brother as well, which is also going to be exciting, and I’m looking forward to the tournament.”

Murray is the first tennis player to be selected for Team GB, which is seeking its first medal in the sport since Tim Henman and Neil Broad won silver in the doubles in Atlanta in 1996.

And the world No4, who wants to stay in the athlete’s village, is hoping to combine his Grand Slam experience with his previous Olympic Games experience to win a medal.

He said: “I’ll work as hard as I can on the practice court and peak for the Grand Slams.

“I’ve had good results over the past few years, but not obviously where I want to be. I’ve tried many different things.

“I just need to perform my best tennis in the Grand Slams, and I think when I do that I can definitely win one, but it hasn’t been as consistent as I would have liked.

“When I played in the last Olympic Games, it was a bit of an eye-opener because I maybe got wrapped up a little too much in it.

“I was trying to see other sports and watch as many of the athletes as I could, because as a tennis player in an individual sport, you aren’t really used to being around that.

“Having had the experience being around it last time, I do think I’ll learn from that and do things a little different this time.

“I’ve understood how important the Olympics is to a tennis player and to myself, so I’m sure it’ll be emotional when I’m playing, and hopefully that’ll contribute to a better performance.”