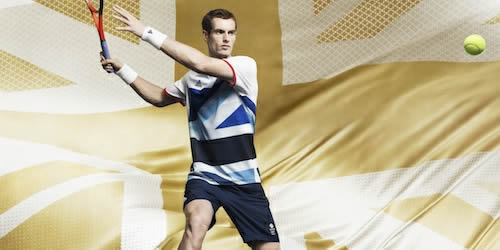 Andy Murray has moved a step closer to achieving one of his main aims of the year after being announced as the first member of Britain’s tennis team for this summer’s Olympics.

Murray will make his second Olympic appearance in London having attended the Beijing Games in 2008, where he bowed out of the singles first round and doubles second round with Jamie Murray.

He is set to compete in the singles again when the All England Club opens its doors for the Olympics on 28 July – less than three weeks after Wimbledon finishes at the same venue.

Tim Henman and Neil Broad were the last Brits to taste Olympic success, winning men’s doubles silver at Atlanta 1996, with wildcards for London 2012 set to be announced on 28 June.

And Murray admitted that following in Henman and Broad’s footsteps and winning a medal at London 2012 ranks highly on his list of priorities for the year.

“I can’t wait for the Olympics to start, it’s such an incredible event and for it to be in London is extra special,” said Murray.

“I remember being part of the Olympic Ceremony in Beijing, which was an unbelievable atmosphere and like nothing I’d experienced before. Winning a medal this summer for Team GB is one of my major goals.”