London 2012: Jessica Ennis is in the form of her life – Denise Lewis 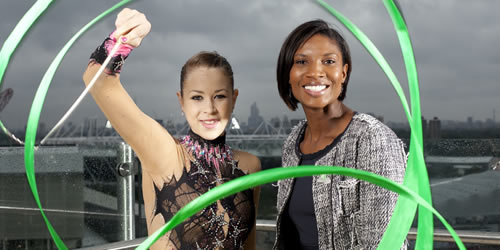 Former Olympic gold medallist Denise Lewis insists Jessica Ennis can cope with the pressure of being Britain’s greatest medal hope at London 2012 after claiming the Sheffield star is in the form of her life.

Lewis bears no grudge with Ennis despite the City of Sheffield AC ace breaking her 12-year-old British record in the multi-sport event in Gotzis last month and instead claimed the 26-year-old could dominate the sport for years to come.

Ennis’ total of 6,906 points in Austria blew away her main rival and 2011 World Championship conqueror Tatyana Chernova and with the Olympics less than two months away she is the firm favourite to secure the biggest prize of all.

But Lewis, who claimed Olympic gold in Sydney 2000, believes Ennis’ serene outlook will be her biggest asset ahead of her next outing in the Olympic trials on 23 June.

“I think we’ve come to expect her to perform well so she deserves to be the big hope for the Olympics and we’ll see what she does when she competes on 3 and 4 August,” said Lewis.

“I think she’ll cope with the pressure, she is well within her capabilities to take it in her stride. She’s a pretty level-headed person so she’ll be fine.

“There’s nothing she needs to work on, she just needs to keep her head down, keep doing what she’s doing and she’ll be fine.

“She is in really good shape, she really is, I think she was primed to break my record, so onwards and upwards, she really needs to perform well in August though.

“She’s got a lot to look forward to, generally Team GB are in a good place – definitely from an athletics point of view we’ve had some great performances already this year.”

Lewis was present at the launch of the new Holiday Inn and Staybridge Suites in Stratford overlooking the Olympic Park on Tuesday and the 39-year-old admits she wishes she could join Ennis and co. at the opening ceremony on 27 July.

She said: “I’ve got a gold medal, so you can’t be disappointed with that, but it would have been lovely to compete at the Olympic Stadium.

“I’ll be there though, I may not be competing but I’ll be there. The process of getting to this point will be part of my memory forever and I can’t wait for the start of the Games now.”

Holiday Inn is the Official Hotel Provider to the Olympic and Paralympic Games – visit ichotelsgroup.com for more information