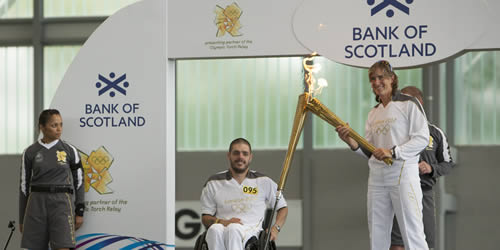 Katherine Grainger has a glittering rowing CV that includes six World Championship golds and three Olympic silver medals – but it’s the obvious glaring omission from her list of achievements that is driving her on.

After second-place finishes at the Sydney Olympic Games in 2000, again in Athens four years later and then agonisingly for a third time in Beijing in 2008 – it’s the lure of finally topping the podium at London 2012 that gets Grainger out of bed every morning.

The 36-year-old, who combines training with studying homicide for a PhD at King’s College, won her first senior international medal back in 1997 at the World Championships.

And Grainger, who carried the Olympic Torch last week at Toryglen Football Centre, admits it will be a career-defining moment in London regardless of the outcome as she adopts a win-or-bust attitude towards her attempt at claiming her missing Games gold.

“Last week brought the Games very close because when we are training we are away from the spotlight and it is in dark sweaty gyms or on windswept and rainswept waters,” said Grainger, who is a Bank of Scotland National School Sport Week ambassador.

“So in a way you feel quite detached from the experience of an Olympic Games.

“We hear about it the whole time on the radio and TV and newspapers but when we go training day-to-day you still feel a little bit away from that.

“London is something that I have been building to for seven years and to be honest the last 15 years of my life has been slightly defined by the Olympic Games.

“This week has been massive with both the official selection, although it wasn’t a huge surprise, and carrying the torch.

Grainger is certain to be one of the British stories of the Games whether she tops the podium or once again falls short in her quest to win Olympic gold.

Medals are already being hung around her and double sculls partner Anna Watkins’ neck but as she heads to a career defining regatta – Grainger is taking nothing for granted.

“I’m aware of the story but I don’t get caught up in it because I know the only way I can influence that result is what I do every day and the hard work, all the tiny things behind the scenes.

“That’s got to be my focus and if we get everything right, the result will happen and the ending will be there.

“It is my story – I don’t deny it, I don’t try and hide from it. It’s been an emotional build-up because clearly the fairytale ending is gold at last in front of the home crowd on our home course.

“We have counted in years for a long time and then it was months, weeks and now it is days so it does feel like we are getting to the end now.”

Bank of Scotland National School Sport Week took place from 11-15 June 2012 and is Scotland’s biggest school sport event with over 1,800 schools and half a million pupils taking part, staging their own Games. Find out more at www.schoolsportweekscotland.org