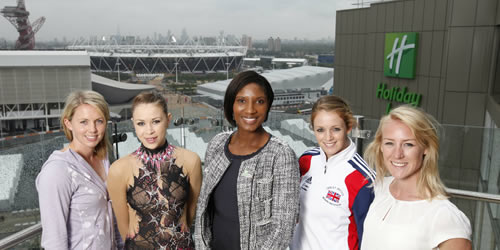 High Wycombe’s Nicola Sanders admits she’s drinking in the last chance saloon ahead of the Olympic trials in Birmingham with individual qualification for the 400m on a knife-edge.

Sanders heads to the trials knowing nothing slower than 51.55 seconds will do if she is to book a London 2012 place with three athletes already surpassing the Olympic A standard.

But, with 400m hurdles specialist Perri Shakes-Drayton being one of them, the 29-year-old knows the door may be ajar for a late charge to impress selectors.

She insists she’s had her best winter since 2007 – the year she won world silver – but admits it’s now or never with the top-two at the trials, provided they have the A standard, earning automatic selection.

“I have not been running amazingly well so far this season, not as well as I think I can anyway,” said Sanders – whose best time this year is 52.33.

“I am a bit disappointed that things haven’t quite gone to plan so I have to get myself together for the trials.

“It’s all gearing towards that now, there’s not much more training you can do, it’s about getting your head down and hoping you perform well on the day and hoping the sun’s out.

“This is the best training period I have had for about five years now, in theory there is no reason why I shouldn’t be performing at my best.

“I have a few issues that I’m dealing with at the moment but they’re under control, and there’s not a point in your career where you are totally on the top of your game but hopefully I can be ready to go.

“I haven’t run the qualifying time yet, that’s the first thing to do at the trials and I’m just hoping for a confidence booster there to run a good time.”

With Christine Ohuruogu and Shana Cox the other athletes with the A standard, Sanders is taking solace from the fact that the 4x400m relay team will be one of the favourites at London 2012.

The quest to book an individual spot might be made harder but the High Wycombe sprinter feels competition for places is healthy.

“The 400m is really tough, which means it’s good for the 4x400m,” said Sanders – who was at the opening of the new Holiday Inn and Staybridge Suites London-Stratford City overlooking the Olympic Park on Tuesday.

“It will be tough but hopefully I can be one of them. I want to be up there with Christine and running her sort of times, but the relay team will be strong whoever makes it.”

Holiday Inn is the Official Hotel Provider to the Olympic and Paralympic Games – visit ichotelsgroup.com for more information