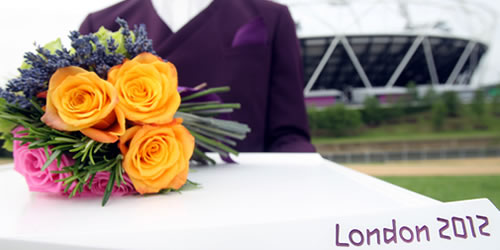 London 2012’s official scent of victory has been revealed – a potent combination of mint, rosemary, English lavender and wheat.

Organisers have unveiled the look of all victory celebrations by revealing how the podiums, ceremonial costumes and medallists’ flowers bouquets will appear this summer.

And it appears their favourite novel must by Alice Walker’s The Colour Purple. 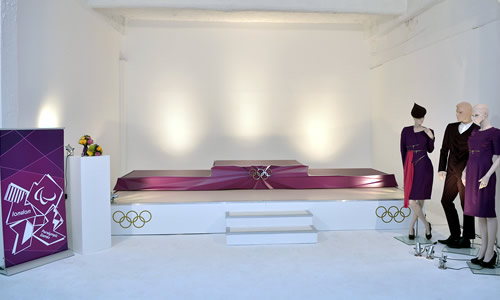 The colour is purple for London 2012 official victory ceremonies

Over 805 carefully choreographed victory ceremonies will be staged over 30 venues and for the first time in Olympic history the medal bearers will also be male.

The costumes and podium have been designed by a team of students from the Royal College of Art while UK florist Jane Packer has crafted a victory bouquet that combines a rose, the most iconic of English flowers, with traditional herbs.

“The victory ceremonies mark the moment athletes can celebrate and share their achievements with fans in the stadiums and a worldwide TV audience,” said London 2012 chairman Seb Coe.

“I’m delighted that we have worked with not only with established British designers but also with the next generation of designers to create this special moment for them.”