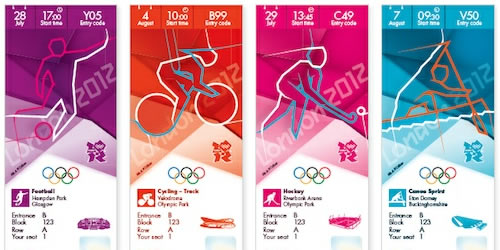 Tickets for the opening ceremony, priced at £995, are now being released Photo: Locog/Getty Images

London 2012 organisers are releasing a further batch of tickets for the previously sold-out Olympic opening and closing ceremonies – but the cheapest available seat will be £995.

In addition, they are making further contingency seats available in athletics, swimming, football at Wembley, volleyball, table tennis and boxing, priced between £20 and £720.

Tickets will go on sale on a first come, first served basis on the London 2012 ticketing website from 11am this Friday.

Organisers Locog have also confirmed that eight million tickets have now been sold for both the Olympics and Paralympics – under two thirds of the total available.

Just over half a million non-football Olympic tickets are still available, while under 50 percent of the 2.5 million available inventory of Paralympic tickets remains unsold.

But the biggest concern for organisers will be the seemingly sluggish sale of football tickets.

After the recent draw at Wembley, 1.4 million seats went on general sale but only 150,000 have been shifted in the last month – leaving 1.25 million still available.

Last month organisers admitted that only 10,000 tickets had been shifted for the opening event of the Games, when, two days before the opening ceremony, Team GB’s women footballers take on New Zealand at the 74,500 capacity Millennium Stadium in Cardiff.

“With 50 days to go there are still plenty of ways to join in and be part of London 2012. We are at advanced stages of venue planning and these represent the final release of Ceremonies and other sport tickets,” said Locog commercial director Chris Townsend.

“Over the next few weeks we will release further tickets for other Olympic sports and keep people informed when tickets are available.

“We are delighted with ticket sales to date, and have sold another one million tickets in the last four weeks, prioritising people who were unsuccessful last time around.”

Sail for Gold 2012: Simpson admits there’s work to do before Olympics