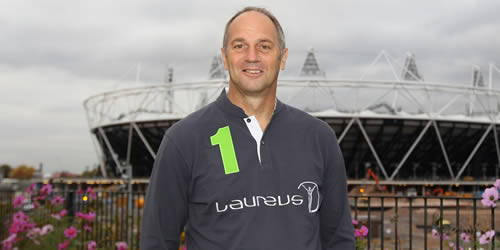 The 50-year-old won the last of his medals in 2000 in the men’s fours alongside Sir Matthew Pinsent, James Cracknell and Tim Foster, as Great Britain’s rowing team sealed three medals at the Sydney Games.

Britain’s rowers won six medals at the Beijing Olympics four years ago – their best tally since winning eight at the 1908 Games – with the men’s four and men’s lightweight double sculls taking gold.

But Redgrave is confident the 104-year record can be eclipsed later this summer when Britain’s rowers take to the water at Eton Dorney to compete in 13 of the 14 rowing events.

“This team will produce more medals than probably any other rowing team in British history,” Redgrave told Laureus.com.

“There are 14 events, we’ve qualified for 13 and ten of the teams won medals at the last World Championships. It could be our most successful Olympic rowing team ever.

“That goes back to 1908, when our previous strongest team won eight medals, so, hopefully we can beat that with a high percentage of being gold.”

Redgrave was part of the bid team for London 2012 and believes the Games will be a huge celebration that will leave an enduring sports legacy.

“I was in the stadium recently and it’s the first time I’ve seen it for two and a half years. I am very proud of being British, and having a little bit of involvement in the bid process,” he added.

“At the Olympics, there is something going on from first thing in the morning until very late at night every day and some world class performances, with world class athletes, for 17 days. That’s what makes the Olympics so special I think.

“The sporting legacy that’s going to be left over is immense. London 2012 is all about a usable legacy and I think that’s one of the things that the IOC sort of picked up on.

“I’ve been helping this government and the previous government with their human legacy side of the Games. It’s not just about bringing the Games to this country.

“It’s really about what you can embrace for young people and moving the next generation on.”