It’s the opening scene from an English period film. Elegant groups, drinking champagne or Pimms, drift through luscious grounds from the backdrop of a white, balustraded stately home towards a manicured tennis court.

There should be sunshine, and there is. It should be windless, and the air is still. Apart from their conversation, and birdsong from the surrounding trees, the only noise to break the hush is the echoing click-clack of ball on racket.

But that gentle soundtrack is the precursor to something much more energetic and altogether more modern. Time to cut and paste the tennis courts of Stoke Park into the 21st century.

For The Boodles tennis event has become the venue of choice for some of the best players in the world to acclimatise to the only grass swing of the year. Wimbledon is just around the corner—a few days away and fewer than 25 miles down the road—and the Stoke Park grass is as pristine as the All England Club’s show courts on opening Monday.

Five of the top 10 men in the world—and four more from the top 20—have been lured both by venue and the chance of some friendly competition against top-quality opponents.

Stan ‘n’ Janko
The big guns—Novak Djokovic, Andy Murray and Juan Martin del Potro—are on their way, but already world No8 Janko Tipsarevic has played the former No9, currently 24, Stan Wawrinka, in a contest of compact, muscular, big-serving tennis. 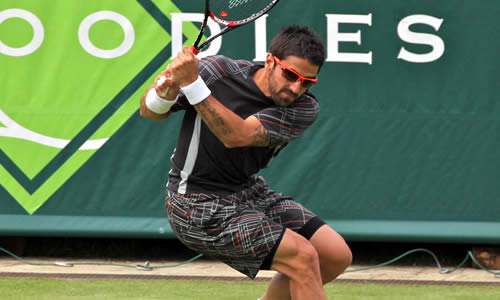 The Serb Tipsarevic, sporting trademark shades and tattoos, was fast out of the blocks to take a 6-1 opening set, but a signature cross-court winner from the sledgehammer right arm of the Swiss man took the second-set tie-break and he went on to win the deciding match tie-break, too.

Slight and slender
Next came the slim, wiry figures of former No6, now No13, Gilles Simon and the exciting Ukrainian Alexandr Dolgopolov, aiming to return to the high of 13 that he hit at the start of the year. 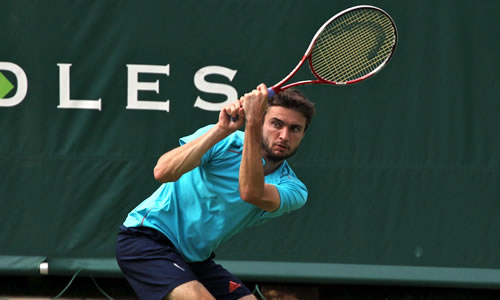 It was the latter who took the opener, 6-4, but Simon broke in the fourth game of the second set with a backhand down-the-line winner, levelled the match, 6-3, and went on to take the match tie-breaker, 10-7. 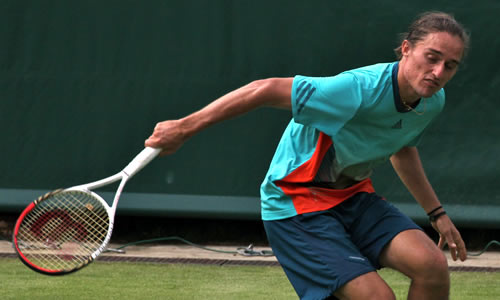 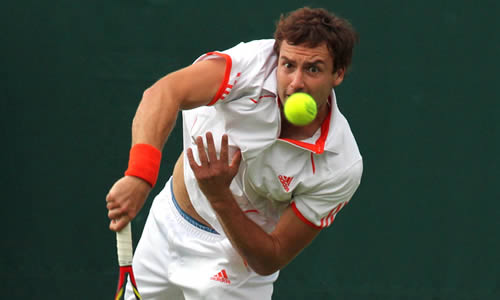 Once again it took a match tie-break to decide the winner after each won a 7-6 set, and Verdasco prevailed. 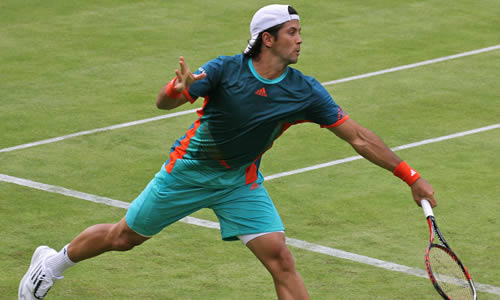 One-arm bandits
There was one more attraction—distraction even—during the afternoon. Veteran Pat Cash, Wimbledon champion in 1987, showed that his love of grass-court tennis has continued undiminished by taking up his racket against Wawrinka for a battle of the single-handed backhands. 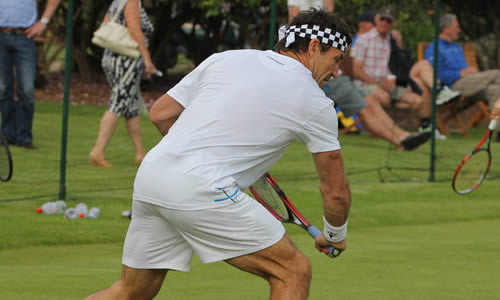 The voluble Cash kept up a running commentary for the gathering fans, taunting Wawrinka to out-hit him with his almost identical backhand swing. In the end, though, it became irrelevant who succumbed. This was, quite simply, old-fashioned fun.

Check out more photos of all these players.