Things may not have gone strictly to play at this year’s Aegon Championships.

It lost the first day to rain, it lost its defending champion, Andy Murray, in his first match and, by the time every man in the draw had played, it had lost seven more of its seeds, too.

The most prolific winners, four-time former champions both, went quickly: Andy Roddick despite serving 22 aces, and Lleyton Hewitt against the 22 aces of Ivo Karlovic. 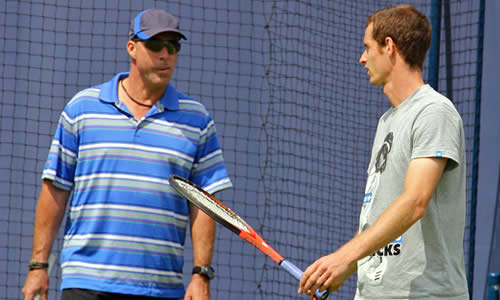 Murray and Lendl consult during practice

Yet Wednesday, the first day of sunshine, was a sell-out that showed off the Queen’s Club in all its glory.

After sandwiches and Thermos flasks under umbrellas came Pimms and birthday cake—done in style.

Alongside the finely-cut grass came the cut-glass accents. 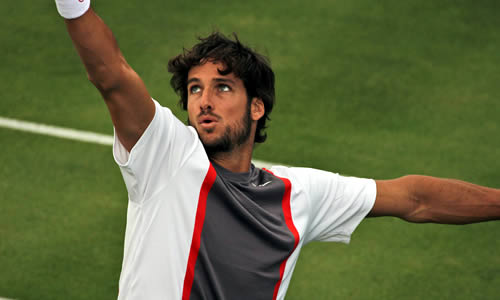 A shorn Lopez, minus bandana, continues to shine on his favourite surface

Alongside the students and retired, the mad-keen tennis enthusiasts and youngsters keen to get the autograph of Murray, came the immaculately groomed corporates and members, happily squeezed into their bleacher seating with champagne at the ready.

This cosy, intimate venue—still a real club after more than century—allows the public to rub shoulders with top-20 players in its warren of narrow walkways, and casually puts Grand Slam champions on practice courts just metres from their adoring fans. But here, that is simply not a problem.

Ahead of his first match, Murray practised with the man he beat in last year’s final, Jo-Wilfried Tsonga. Then he appeared with eight-time Grand Slam winner and current coach, Ivan Lendl. 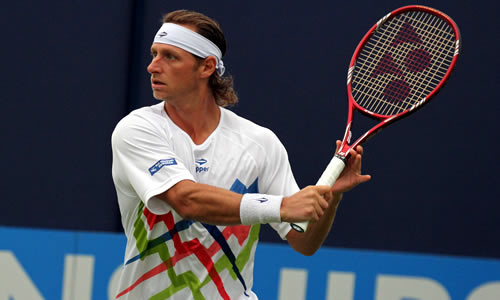 David Nalbandian has made elegant progress to the third round

Down the path, the glamour stakes were pitched even higher. Two left-handers, two single-handed backhanders, both designed, it seems, for grass were both drawing a good share of female interest.

On one side, old hand Feliciano Lopez, now 30, at close to his best ever ranking after joining up with coach and countryman, Alberto Berasategui. A year ago, Lopez was outside the top 30, now he is sporting shorter hair, looking slim and trim, and is apparently thriving at No17. 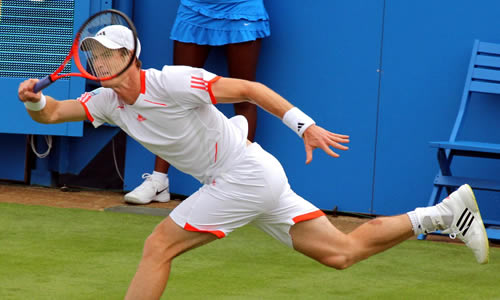 On the other side of the net was 21-year-old Grigor Dimitrov, already with two wins under his belt and facing the fellow single-handed backhand of Nicolas Mahut to try and reach his first Queen’s quarterfinal since playing here as a teenage wild card in 2009.

Dimitrov has claimed Roger Federer as his role model and there is something of the Swiss backhand ‘wings’, a little of his service action, and the same affection and style for grass. Last year, the Bulgarian made a huge impression at Wimbledon in a four-set showcase of a match against Tsonga. Should he reach the final here, he could meet the same man. But should he beat Mahut, he may first have to face his Wednesday practice partner, Lopez. 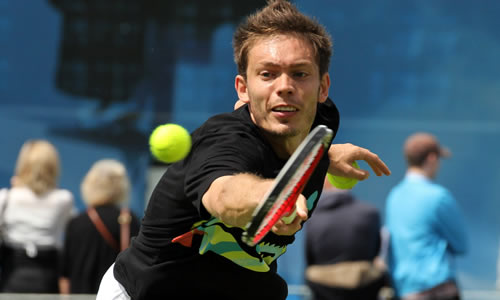 As for No2 seed Tsonga, his words after his opening win were focused on fellow Frenchman Mahut:

“If Andy [Murray] lost today, it’s not because he was not good, it was maybe also because Nicolas was unbelievable. Everybody knows he’s able to play fantastic tennis on grass, and he did it today…On grass he’s maybe one of the best players in the world.”

Murray himself had a sharper edge when asked how worried he was about his readiness for Wimbledon after losing his first match at Queen’s. “Oh, panic stations. I’ve just got no chance to be ready for Wimbledon now. It’s going to be impossible, I think.”

He was just as free in replying to Tommy Haas’s comments about him playing up his injuries on court. “The time I have been on tour I’ve been called many, many things, from my personality not being exciting enough, I’ve been called boring. It was said I was unfit, lazy, fake injuries—I mean, all sorts. It’s something that kind of goes hand in hand with playing sport. People criticise you regularly. It’s something you need to deal with. But I don’t care about his opinion.” 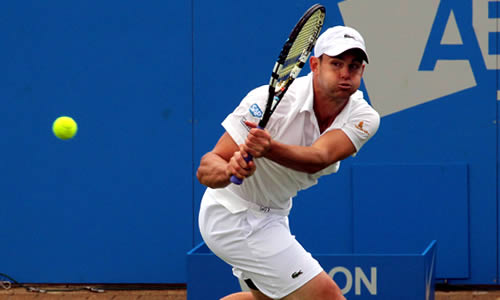 Roddick, never less than 100 per cent effort, stays at Queen’s in the doubles

The other Andy was rather more defensive on the question of his retirement, which he hinted about ahead of Queen’s. “I didn’t really say anything. I mean I’m not at the point where I’m going to deal in absolutes with my career. I’m not going to sit here and say I’m going to play three more years… At this point anything is a possibility.”

Perhaps, when the time comes, he will consider a new doubles career, especially after teaming up with veteran Hewitt for the first time and winning their first match. It could be a marriage made in heaven. As Hewitt put it succinctly:

“He can do the serving, I’ll do the returning.”