Red Bull’s Sebastian Vettel: Overtaking is a risk in Valencia 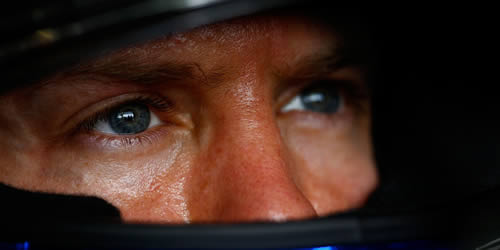 Sebastian Vettel is wary of the risk associated with overtaking at the tight Valencia Street Circuit ahead of next weekend’s European Grand Prix.

And the German, who is third in the drivers’ championship standings and three points behind first-placed Hamilton, says the high walls around the track in Valencia can increase air turbulence when cars are close together.

“In Valencia, we drive an average of more than 200kph, which means it’s one of the fastest street circuits in Formula 1,” said Vettel.

“Overtaking is possible, but only with some risk. The reason is that the air turbulence created by cars driving closely behind each other doesn’t disappear as it normally would due to the high walls around the track; you lose grip and, in some extreme cases, you have to lift the throttle.

“The start-finish straight in Valencia is special because it’s not very long, it turns into a fast right corner which we take at 290kph.”

US Open 2012: Lessons as Woods impresses on day two at Olympic