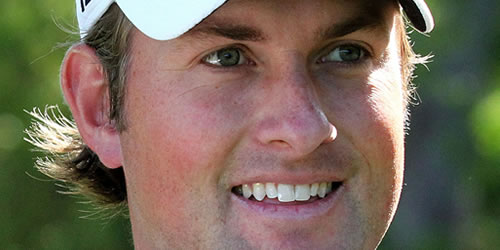 US Open champion Webb Simpson will miss the British Open at Royal Lytham and St Annes Golf Club next month so he can be at the birth of his second child.

The 26-year-old beat Northern Ireland’s Graeme McDowell and compatriot Michael Thompson by one shot at Olympic on Sunday to claim his first Major.

Simpson has the chance to become the seventh golfer to win the US and British Open in the same year, but he revealed his intention to skip the tournament.

His wife Dowd Simpson is expected to give birth in late July, with the 141st Open Championship running from the 19-22 of the month.

“I’m a guy who loves my family and I have the rest of my life to play in the British Open,” Simpson said.

“I don’t want to miss the birth of my second child so it’s an easy decision. I’d love to go and try to win another major but in the grand scheme of things it’s a decision I know I’ll always be happy I made.”

Simpson moved up to number five in the world rankings after his recent success in San Francisco, becoming the ninth straight first-time winner of the US Open.

The American, who only turned professional in 2008, revealed the extent of his surprise to claim his first Major within four years of joining the PGA tour.

“I’ve never felt nerves like I felt,” said Simpson, “I had to hit my legs because I couldn’t feel them.

“I probably prayed more the last three holes than I ever did in my life.”

European Grand Prix 2012: Button aiming to bounce back in Valencia