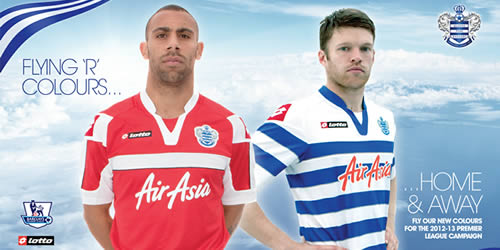 The QPR manager has strengthened his squad in a bid to avoid another relegation scrap this season after the Hoops avoided an immediate return to the Championship last term.

Samba Diakite, who joined the London club on loan last January until the end of the season, completed a permanent transfer from Nancy in June, and Park Ji-Sung made a £2m switch from Manchester United earlier this month, with Fabio Da Silva joining on loan from the 19-time English champions.

Hughes also snapped up Robert Green, Andy Johnson and Ryan Nelsen on free transfers, with the squad handed the opportunity to gel during QPR’s pre-season tour of Asia.

“The team spirit is fantastic,” Ferdinand told the club’s website.

“That’s what these trips are about, especially given the signings we’ve made.

“It’s important we all bond on and off the pitch. The new lads have settled in very, very well and very, very quickly.

“There’s a good feeling in this squad at the moment.”

QPR eased to three successive victories in Asia, and Ferdinand is now eagerly anticipating the start of the new Premier League campaign as the Hoops look to improve on their 17th-place finish last season.

“Getting game-time under your belt is very important at this stage of the pre-season campaign. I feel quite sharp – my lungs feel good and my legs feel good.

“We go back to London and we put in more hard graft now ahead of the countdown to August 18th.”