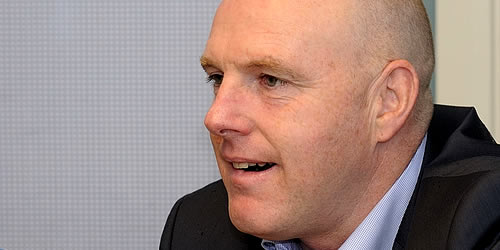 Steve Kean has admitted he is unsure if Queens Parks Rangers will make an offer for Junior Hoilett or whether Blackburn will have to go to a tribunal to get compensation from the Hoops.

QPR have reportedly agreed a deal with Hoilett which will see the forward move to Loftus Road despite interest from Bundesliga outfit Borussia Monchengladbach.

The 22-year-old, who scored seven goals in 37 league appearances last season, rejected an offer from Rovers after his contract expired this summer.

Rovers, who were relegated from the Premier League in May, will be entitled to compensation for the Canadian-born forward under Fifa rules.

And Kean is determined to see the club receive a fee for the attacker, who joined the club’s academy as a 13-year-old and became a first-team regular over the past three seasons.

“QPR might make us an offer, if not it might go to a tribunal,” Kean told the Daily Mirror.

“Manchester City got a chunky figure when Daniel Sturridge went to Chelsea. We’ve had Junior a long time and developed him and put a lot of time and effort in.”

Kean also criticised Hoilett for failing to inform Blackburn of his medical at QPR.

“We feel we have been a big part of his development. It would have been nice to get a call,” Kean said.

“We had monthly meetings with his dad and he said he was keeping his options open. His dad is his agent and has been all around the world looking for offers.”

Blackburn are reportedly keen to see QPR’s Jamie Mackie move to Ewood Park as part-exchange for Hoilett, but Keane conceded it may be difficult to convince QPR to allow the striker to join the Championship club.

“There are plenty of good players down there. But we are finding out that clubs like to keep their best players,” he added.