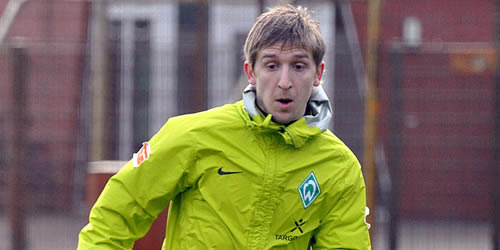 Marko Marin is hoping to help Fernando Torres and Chelsea’s other strikers find the net regularly next season.

Torres has only managed a measly 12 goals in 67 games for the Blues since joining in a £50m deal from Liverpool in January 2011 but showed glimpses of the prolific form he became famous for at Anfield towards the end of last season.

And Marin, who joined Chelsea from Werder Bremen this summer on a five-year deal, is hoping to help the Spaniard rekindle his best form for the Blues next term as they look to defend their FA Cup and Champions League crowns.

“I think I am an offensive player, more a winger, so I hope I can give a lot of assists to strikers so they score a lot of goals and they help the team,” Marin told Chelsea TV .

“If you play for such a team as Chelsea you want to win trophies, like last year with the Champions League and the FA Cup. The Premier League I think is the best league in the world and to win this, that is my aim.”

“He [Pizarro] only had good things to say,” he added. “I asked him how it is here and he still has a house in Cobham.

“He didn’t play a lot but he said that he had a great time here and he thinks I will enjoy it.”

Arsenal’s Van Persie could stay if top signings are made, says Campbell