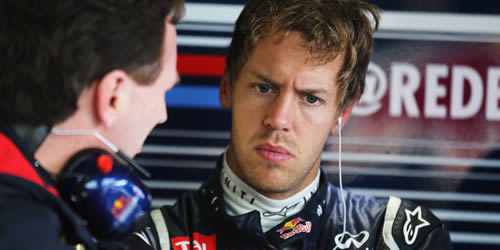 Sebastian Vettel has singled out Fernando Alonso and Lewis Hamilton as the biggest threats to his world title defence this year – but admits the picture is changing “every fortnight”.

And the 25-year-old German concedes that it is difficult to separate the top cluster of drivers ahead of next weekend’s German Grand Prix.

“At the moment it is still very competitive,” said Vettel, who finished third at last weekend’s British Grand Prix. “There are a number of drivers performing on a similar level, as the results show. There are three of us within 29 points – after nine races.

“I think that the drivers who stand out right now are Fernando [Alonso] – he is one of the most complete drivers – and Lewis [Hamilton], who is very quick even though he was a bit unlucky in Silverstone.

“But then again there are plenty of others. Michael [Schumacher] is still in the game, as I don’t think that he’s lost it.

“The truth is that your performance is only as good as you and the package you have – and that can change every fortnight. So there are definitely more names to drop than just one.”

Vettel is yet to win his home race at Hockenheim and the Red Bull driver is keen to secure a victory in his native homeland to keep up with the drivers’ championship pace-setters.

“Hopefully there will be at least as many people supporting the German drivers as there were in Silverstone last weekend,” he continued.

“Hockenheim is only half an hour away from my home town, so I have a lot of friends and family there and it’s always a special crowd to race in front of.

“I’ve driven on that circuit in different series and it’s always been great. The campsites near the new circuit are fun and it’s special to meet the fans there. I haven’t won the German GP before and of course, I would like to!”