Hungarian Grand Prix 2012: Three titles would be a ‘dream’ – Alonso 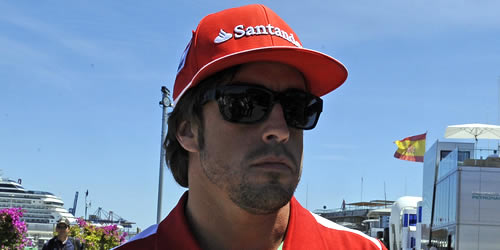 Fernando Alonso admits it would be a “dream” to emulate Ayrton Senna’s tally of three world championship titles.

The Ferrari driver currently holds a 34-point lead at the top of the standings from Red Bull’s Mark Webber going into this weekend’s Hungarian Grand Prix.

And Alonso, who won back-to-back titles with Renault in 2005 and 2006, says it would be an honour to emulate his idol but insists it is far too early to think about winning this year’s crown.

“This can change very quickly in two or three races and then we’re talking about different races so there’s not much point to talk about the championship now.

“But as I said when I finished in Brazil in 2006, it’s a dream for me to win three world championships in my career. If that could be this year, in two years’ time or six years’ time I don’t know, but it will be very important for me. To have the same as Ayrton had – three world championships – he was my idol and my reference when I was in go karts.

“Three’s a pretty good number that I dreamed of always and will hopefully arrive at before late.”