London 2012: Robertson admits some sports are set for funding cuts 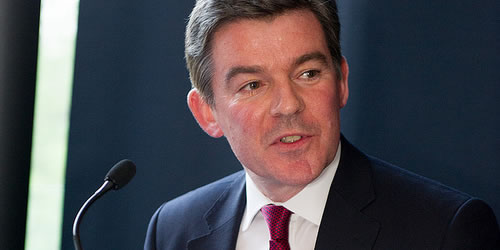 Olympics minister Hugh Robertson admits some sports will see their lottery funding slashed or trimmed after the London 2012 Games.

UK Sport has handed out more than £500m in taxpayer and lottery funding since the Olympics were awarded to London in 2005 and are demanding a minimum 48 medals from 12 sports as their return on investment.

As host nation, Team GB will compete in all 26 Olympic disciplines, some of their teams and athletes making their first appearance in many years in a range of sports, including basketball, football and water polo, and debuts in others, such as handball and volleyball.

But many sports would not have qualified automatically for the Games and have relied on host nation quota places to secure their place.

And Robertson wants the money for the next Olympic cycle focused on sports where Team GB can be competitive – with an aim of medalling in 12 different disciplines this summer, one more than in Beijing.

“As host nation you are put under pressure by the International Olympic Committee to put home teams into every sport to drive ticket sales and that was one dynamic and pressure on UK Sport in this Olympic cycle,” he said.

“In Rio, for the 2016 Games, there will be a no compromise approach and some sports will lose funding or be funded at a lower level.”

Despite UK Sport insisting on a top-four finish on the medal table, the British Olympic Association are refusing to set any targets, claiming they just want to win more medals in more sports than ever before.

“Pressure and predictions is a feature of the Games. If we tried to conceal what we targeted, with the amount of exchequer funding we have made available, then we would rightly receive lots of criticism,” added Robertson.