On a high! London 2012 Olympic torch takes ride on the London Eye

Over 130 metres above London’s South Bank, skier Amelia Hempleman-Adams held the Olympic flame aloft as the final countdown to the Games got under way on Sunday morning. 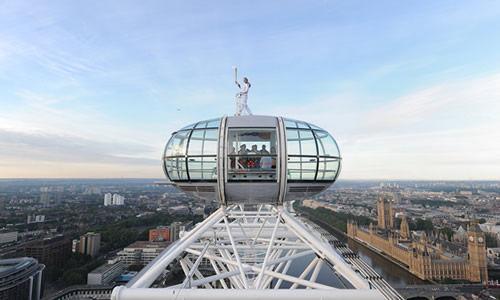 Amelia Hempleman-Adams holds the flame aloft to the backdrop of stunning views of London (Photo: Locog)

The 17-year-old, who last year became the youngest person to ski to the South Pole, stood in a specially-built cage on top of one of the London Eye capsules as the torch relay continues its journey around the capital before Friday’s opening ceremony. 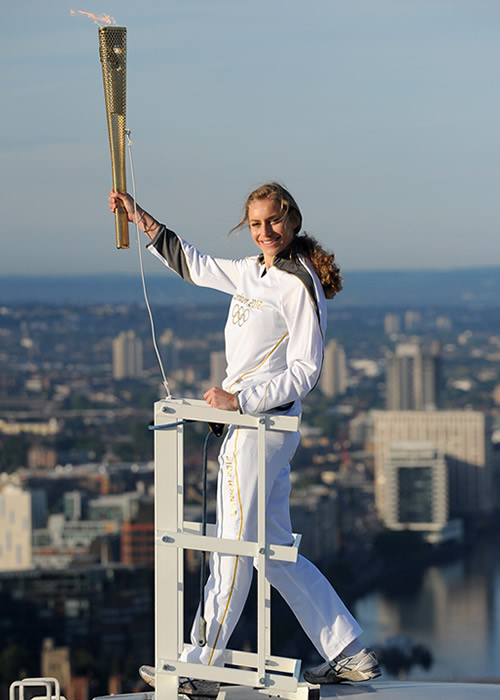 The Olympic flame arrived in London on Friday ahead of its week-long journey around the capital before Friday’s showpiece ceremony at the Olympic Stadium in Stratford, East London.

Following the ride on the London Eye, Sunday’s leg of the relay began at Redbridge Cycling Centre, where Luke Benjafield, 20, from South Woodford, carried the flame through a corridor of cyclists from local clubs.

The torch was then carried across Fairlop Lake in a boat accompanied by London Youth Games sailors. It is then set to travel through Barking and Dagenham and Havering, before ending up at Danson Park in Bexley, where pop duo Rizzle Kicks and dance act Twist And Pulse will perform in the evening’s celebrations.

London 2012: Final torchbearer decision all but made, claims Hunt