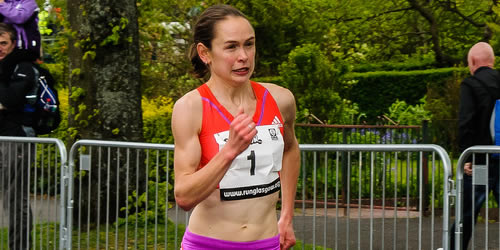 Freya Murray was selected as a reserve to Team GB in April Photo: R McConnell, via Flickr

Freya Murray has been confirmed as Paula Radcliffe’s replacement in the Olympic marathon after world record-holder withdrew with a foot injury.

Murray, who was selected as a reserve to Team GB in April, received approval from the International Olympic Committee and International Association of Athletics Federations to be drafted in as a late replacement.

Murray said: “I am absolutely delighted to have been selected to Team GB and I will be aiming to do Britain proud in London on Sunday.

“My thoughts go out to Paula, who has been extremely supportive towards me throughout this process. Both she and UKA have been keeping me informed of the situation, so I knew there was a chance I would be competing which has helped.”

Team GB Chef de Mission Andy Hunt added: “We are proud to welcome Freya to Team GB. We know she has been training hard and preparing, and will arrive fully ready to compete and deliver her personal best.”

England v South Africa: Where now for the chastened hosts?