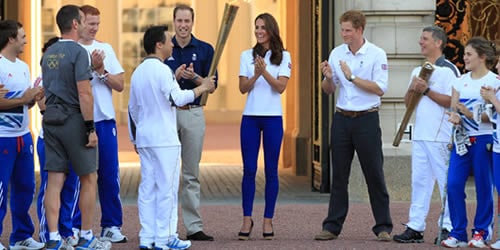 International Olympic Committee president Jacques Rogge has warned London 2012 organisers against any complacency as they prepare for their big moment.

Rogge has expressed satisfaction about Locog’s preparations ahead of Friday’s £30m opening ceremony but warned their job was far from complete with 17 days of action now to come.

“London is ready and we are eagerly waiting for the opening ceremony,” he said.

“The final judgement needs to be given at the closing ceremony but Locog have done a lot of good for Great Britain and I also expect a good medal tally from the home team.

“In terms of readiness these Games equal Sydney and Beijing but the proof of the pudding will be in the eating.”

Lord Sebastian Coe – the man in charge of delivering the Games – is less than 12 hours away from welcoming the world to London 2012 and Rogge expressed his delight at the job he’s done since the capital won the bid in 2005.

“I have great confidence in Seb Coe. He is very talented, he has built a good team and he’s done a very good job, I’ve high respect for him and the work he has done.”

But Rogge insisted organisers were prepared to cope with the huge interest.

“I know all of Great Britain is waiting for Cavendish to win the Olympic gold,” he added.

“The crowds will be intense but the torch relay in London had huge crowds and was very well-handled and I’m optimistic it will be a great success.

“An early gold medal for the host country is of great importance to lift the spirit and mood of the whole country and the United Kingdom have a very good chance.”

Rogge also expressed confidence that any unsold opening ceremony tickets – some are still available at the top price of £2,012 – should go to ‘people that merit them’ and warned against comparing Danny Boyle’s show, with its £30m budget, to the opening in Beijing four years ago.

He also hinted that he would prefer an Olympic champion to have to honour of lighting the cauldron, with 83-year-old athletics legend Sir Roger Bannister, who never won a medal at the Games, emerging as the bookmaker’s new frontrunner.

“It’s the organising committee’s responsibility to decide the final torchbearer and we don’t want to know, the fewer people that know the surprise the better.

“It would be nice for it to be an Olympic champion but it is not as prerequisite and I’m looking forward to finding out.”