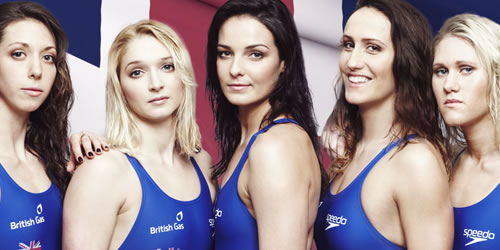 Keri-Anne Payne was up early for a swim in the Serpentine as she looks to upgrade Beijing silver and add the London 2012 Olympic open water swimming title to her two World Championship golds.

Payne was down in Hyde Park before breakfast and was the first swimmer to take a dip in the water, which is normally home to pleasure boats, ducks and notoriously tetchy swans.

“It was great to be the first athlete in there,” she said.

“The water temperature was great but I had a fight with a couple of ducks.

“It’s great water to swim in but I got a bit tangled in the reeds but that’s not a problem.

“I’ve swum through way worse things than reeds and ducks. At the World Championships in nMelbourne in 2007, I swum through thousands of jellyfish that were all the size of dinner plates and that took a lot of mental strength.

“I once swum in a beautiful location in Hong Kong, but we were swimming on the other side of shark nets, while in China once there was a dead dog in the water.

“But it’s just nice to get in there and experience what it will be like.

“People assume that because you are world champion the gold medal is already hung around your neck, but unfortunately it’s not, I’m under no illusion how tough it’s going to be.”

Great Britain won six swimming medals in Beijing and are targeting the same return from their home Games, although with the exception of Payne they don’t expect three of those podium positions to again come in open water events, putting extra pressure on those in the pool.

Scot Miley is the first serious medal chance, competing in Saturday’s 400m medley, in which she won world silver in Shanghai last year.

“Over the four year period we’ve strived to continue the momentum that we started in Beijing and that upward curve has continued at two World Championships and the Commonwealth Games,” said Michael Scott, British Swimming’s performance director.

“We are physically and mentally prepared and we’ve had an extremely productive training camp in Edinburgh.

“Everyone is healthy – there is no illness or injury in the team.

“We know that swimming is a major sport in the first week and our goal is to move as many people through the rounds and onto the podium as we can and create momentum within our team.

“Our goal is inward first and if we achieve that we support the overall objectives of the larger team.”

Meanwhile, team officials have confirmed none of the swimming team, even if they are competing in the second week of the Games, will be involved in Friday night’s Olympic ceremony.

It means the two largest sporting delegations in the team will both be missing, with track and field athletes also electing to give Danny Boyle’s £30 million showpiece, titled Isles of Wonder, a miss.

“As a team we’ve decided not to go to the opening ceremony,” said three-time Olympian James Goddard.

“Athletes have to make sacrifices, we’d like to go but we respect the decision of the team.”