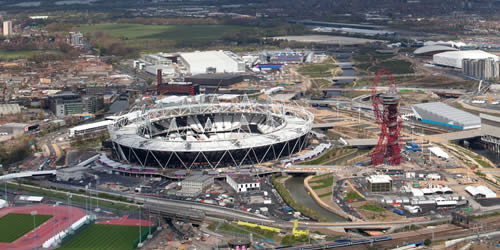 The London Olympics get under way at the end of the month Photo: Locog/Getty Images

Embattled security firm G4S has finally accepted full responsibility for its failure to provide the cover it promised for the London 2012 Olympics.

With the company’s chief executive and chairman set to be called before Parliament next week to account for their organisations’ handling of £250m security contract, they moved to calm the crisis with an unprecedented financial offer.

They claimed they would cover in full the cost of 3,500 military personnel being rapidly deployed to fill the gaps created by their mismanagement – a bill expected to be £50m.

Home secretary Theresa May is being highly criticised for her handling of the affair and the prime minister has also intervened to demanded damages from the company for their failure to deliver.

“It is a significant disappointment to everyone that we have fallen short of our obligations,” said G4S chairman John Connolly.

While chief executive Nick Buckles added: “We are deeply disappointed that we have not been able to fully deliver against our contract with Locog and that it has been necessary to call upon the additional military personnel.

“In partnership with the military and Locog, we are working flat out around the clock to resolve the situation. We are determined that together we will deliver a successful and secure Games.”

G4S claim they ran into difficulties processing applicants in sufficient numbers and then putting them through vetting procedures and required training.

“The company is also incurring other significant costs as it endeavours to meet the contract challenges,” the firm admitted, in a statement issued just before midnight on Friday.

“Whilst it is not possible to gauge the precise financial impact, it is estimated that the company will incur a loss on the contract in the range of £35m to £50m, all of which will fall in the current financial year.”

G4S was contracted by organisers to supply 10,400 staff out of the 23,700 security staff needed for the Games.

They claim to have 4,000 people already working across 100 venues, with a further 9,000 people going through the final stages of training while the 3,500 additional servicemen are in addition to 7,500 already agreed for venue security.

Organisers Locog have already been criticised for underestimating the number of security staff they needed for the Games.

After last year’s test events they admitted their numbers were wrong and doubled security cover from 10,000 to 23,700, with their budget for keeping the Games safe rising from £271m to £553m.