Sir Chris Hoy will be the flagbearer at the opening ceremony at the 2012 London Olympics, it has been announced 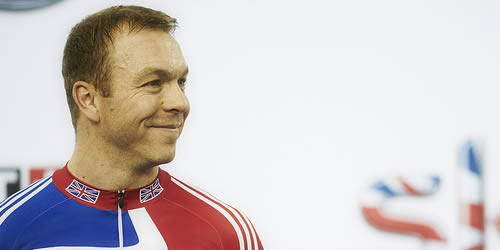 Sir Chris Hoy will be the flagbearer for Team GB at London 2012 Photo: British Cycling

Sir Chris Hoy will lead out Great Britain’s biggest ever Olympics team at the opening ceremony after he was announced as flagbearer.

The 36-year-old track cyclist will carry the flag for the second consecutive Games after he was awarded the honour at Beijing’s closing ceremony in 2008.

Hoy, who has four Olympic golds, including three in China, will be attending his first ever opening ceremony and won the most votes from the 542 athletes that make up Team GB, and will be the first from his sport to carry the flag.

“I’m absolutely delighted and honoured to have been voted as the flagbearer for Team GB.

“To lead out your team at a home Olympics is truly a once in a lifetime opportunity and one that that I can’t wait to experience in just a few days time.”

Being chosen as flagbearer will come as some consolation to Hoy after it was announced that he would not be defending his individual sprint gold, with teammate Jason Kenny given the nod ahead of him.

However, Hoy, who was knighted after his Beijing exploits, will still take part in the team sprint and the Keirin.

The selection of Hoy as flagbearer is another boost to cycling after Bradley Wiggins became the first British cyclist to win the Tour de France.

Alison Williamson, an archer competing at her sixth Olympics, also received support, but the honour will instead fall to the Edinburg-born racer, who will make the trip from cycling’s training base in Wales for the event.

However, sailor Ben Ainslie and swimmer Rebecca Adlington were not considered for the honour as they will not be able to attend the opening ceremony due to competition scheduling.

“It is a great honour for Sir Chris and the team will be proud to march behind him. He is a fantastic ambassador for his sport and his country.”