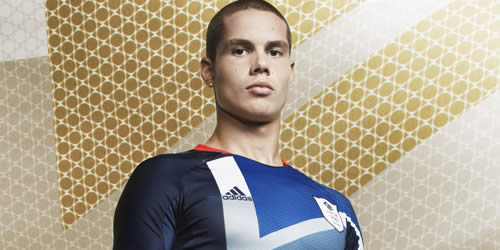 Everton's Jack Rodwell has been left out of the Team GB squad Photo: Adidas

Stuart Pearce has confirmed his Team GB Olympic football team – and, as expected, there is no place for David Beckham.

Despite widespread opposition there are also five Welsh players in the 18-strong squad but no Scots or Northern Ireland players.

Manchester United’s Ryan Giggs, Liverpool’s Craig Bellamy and Manchester City’s Micah Richards have been named as the three over-age players in an otherwise under-23 squad.

Arsenal’s Aaron Ramsey has defied Welsh FA officials, who are opposed to the British team, and will join Swansea’s Joe Allen, Manchester United’s Tom Cleverley and Southampton’s Jack Cork and Giggs in midfield.

Birmingham City’s Jack Buckland, the subject of a failed £6m bid from Southamtpon last week, will be the first choice goalkeeper with Middlesbrough’s Jason Steele his understudy.

Bellamy will be up front with Bolton’s Marvin Sordell, Swansea’s Scott Sinclair and Chelsea’s Daniel Sturridge.

Among the high-profile absences is not just Beckham and the injured Gareth Bale but Chelsea’s Josh McEachran, who was widely expected to be involved.

“It has not been an easy task to finalise my squad for this tournament, and the stature of the competition and uniqueness of the occasion has underlined the importance of every choice I have made,” said Pearce.

“With just 18 places it is very different from other international tournaments, the options are limited, but it is the Olympic Games and every player in this squad should be very proud they have a chance to compete for a gold medal on home soil.

“I remember the huge advantage we gained from playing in front of our own fans during Euro ’96, and I’m sure with the nation behind us it could be a fantastic tournament for us.”

Team GB will play Senegal, UAE and Uruguay in their group games as they compete in the competition for the first time since 1960.

The team will play a friendly behind closed doors against Mexico and then take on gold medal favourites Brazil in Middlesbrough on 20 July. Their opening Olympic fixture is against Senegal at Old Trafford on 26 July.