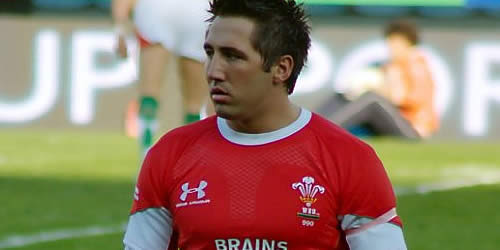 London Welsh coach Lyn Jones has urged Wales international Gavin Henson to recapture his best form after the 30-year-old signed for the Exiles.

Henson was a key part of Wales’ Six Nations Grand Slam winning teams in 2005 and 2008 but has endured a difficult few years having featured just five times for Wales since his second Slam.

However Jones, who coached the versatile Henson while he was at the Ospreys, is optimistic that the playmaker’s performances on the pitch will be his main priority after making the move to the Premiership new boys.

“Gavin has a great talent but over the past three or four seasons he has not realised his full potential for a number of reasons that are well documented,” said Jones.

“What’s important for Gavin is that he concentrates 100% on his game and learning how to become the best he can possibly be again. I think he can add a great deal to our game and we can also do a lot for him.

“We all appreciate the skills that he can bring to a game but what team-mates and coaches will be looking for is consistency of that ability.

“That’s the challenge for Gavin, to hold his concentration fully on rugby as he did when he started his career, when rugby was first, second and third on his list of priorities.”

Mark Webber: Committing to Red Bull for 2013 was an easy decision