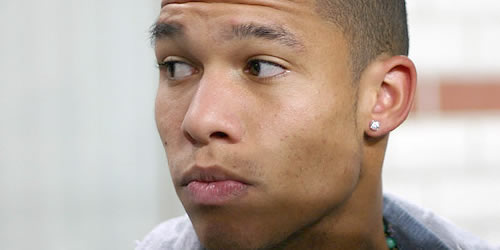 Nigel de Jong was part of the City side that won the Premier League in May Photo: Paul Blank

Nigel de Jong insists he is happy at Manchester City amid reported interest from Bayern Munich.

The Netherlands international was used sparingly by Roberto Mancini last season, prompting speculation suggesting the former Hamburg midfielder could be set to leave the Premier League champions and return to Germany this summer.

However, De Jong has emphasised his desire to stay at the Eastlands outfit despite starting a measly 11 games in the league last term, with the Ajax youth graduate ignoring speculation about his future.

“I don’t want to talk about that at the moment, it’s not in my mind. I’m playing football and I’m happy here,” De Jong told the Manchester Evening News.

“I’m happy when I’m on the pitch and when I’m playing – football’s the most beautiful game in the world and you have to enjoy every moment.”

The midfielder, who was signed by Mark Hughes in a reported £18m deal four years ago, is eager to help City claim their inaugural Champions League crown after winning the FA Cup and Premier League over the past two seasons.

“Of course, that’s what we all want because that’s the way to go forward,” he added.

“We set ourselves the goal of taking it step by step. We won the FA Cup last year, then the Premier League last season, so the next thing is the Champions League.

“However, that doesn’t change the fact that we’re in for all the titles this year – Champions League, Premier League, FA Cup and League Cup. We want to win them all but we have to maintain our focus.”