Manchester City’s David Silva: My home is at Eastlands 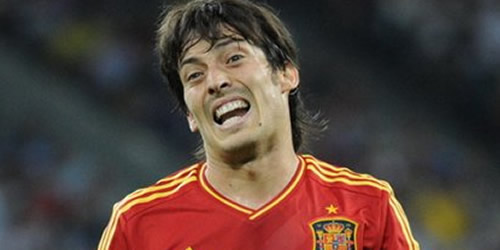 David Silva has revealed he is in discussions over a new contract at Manchester City amid reported interest from Real Madrid.

The Spain playmaker, who has scored 13 goals in 37 appearances for Roberto Mancini’s men, has been linked with a move back to his native homeland in recent months, with the La Liga champions apparently leading the chase for his signature.

But the 26-year-old has moved to end talk of a move away from Eastlands by insists he is happy at the club and intends to sign a new deal.

“My home is at City and I am totally satisfied there. My head is not at Real Madrid but at Manchester City,” Silva told the Daily Star.

“I’m grateful for my experience at City and I have improved as a player, in every sense, since I joined them. I didn’t know if I was capable of playing like this when I left Valencia.

“I’m on holiday right now, but my agents are negotiating a new deal with City and I think it’s likely we close it in a very short time.”