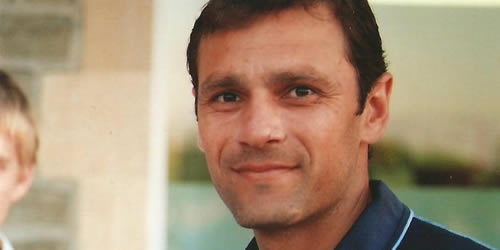 It’s an open secret that one of county cricket’s legends is set to hang up his boots after a 25-year career.

Surrey’s Mark Ramprakash, a man who made his Middlesex debut in the same year that a little known cartoon called The Simpsons first hit our screens, will call time on a career that has broken records, had the purists purring and, most importantly, been stacked full of runs.

Ramprakash will be remembered by most for the mountains of runs he accumulated and the stylish manner in which he scored them. Outside of cricket, others will remember him for his perfect salsa during his victorious stint on Strictly Come Dancing in 2006. Of course, 114 first-class hundreds – just three behind Bradman – will always mean more to Ramprakash than the thumbs up from the Strictly judging panel, but he does credit dancing with allowing him a focus away from the sport.

It reaped dividends on the pitch, as Ramprakash, seemingly more at ease with himself, mercilessly tore in to county bowlers up and down the country. From the end of his England career in 2002 up until the 2009/10 season, Ramprakash was like a man possessed, passing 2,000 runs for the season on two occasions and, in the process, scoring his 100th first-class hundred – a feat that might very well never be achieved again.

In that period Ramprakash was unrivalled in the domestic game, amassing runs to such an extent that he passed record after record. But he is much more than simply a metronomic run-machine.

Matthew Thacker, managing director of communications agency TriNorth, sat on his testimonial committee in 2008. “He appeared slightly uncomfortable and bemused with the still newfound celebrity status through Strictly,” says Thacker. “He was generous, calm, meticulous, had a nice line in dry humour, expected the best in people, and showed occasional flashes of anger behind the eyes when things didn’t go to plan; flashes that hinted at volcanic tendencies.

“But in that environment he always remained controlled. Above all, he was passionate about cricket, about football, about doing things properly and seemed genuinely interested in other people and walks of life, something that cannot be said of all, or even many, sportsmen.”

It is a career, of course, tinged with regret. Ramprakash’s undoubted quality was never replicated consistently in the Test arena and he’s spoken openly about the weight of pressure he put on his own shoulders when wearing the Three Lions. A return of just two centuries failed to live up to his and the selectors’ expectations, and his doubters cited mental fragility by way of explanation – something that Ramprakash denied.

In truth he fell victim of England’s chop and change selection policy, much like Graeme Hick – the only batsman who can match Ramprakash’s record in contemporary English cricket and another who failed to carry his form into Test cricket. It would have been interesting to see how Ramprakash and Hick had fared under the current regime of central contracts and consistent selection policy.

It should also be remembered that Ramprakash was finding his way in international cricket in an era where potent pace bowlers were not as scarce as they are today. Indeed, his debut as a 21-year-old came against a West Indies side featuring Ambrose, Walsh, Marshall and Patterson – quite an attack against which to cut your teeth! How a young Ramprakash would fare now we will never know, but what cannot be denied is that this was a man with sublime skill – something proved by the surprising statistic, especially for an English batsman who plied his trade in the 90s, that in 12 matches against the Australians, he averaged 42. A lack of talent was never the issue.

Playing on until the age of 42 says a lot about his commitment and desire. Nasser Hussain’s exit route – a Test hundred at Lord’s followed by a victorious punch of the air – might be the more glamorous way to bow out, but Ramprakash’s later years demonstrate a man who simply loved batting.

It was this love of batting that allowed Ramprakash to scale domestic batting heights that will most probably never be scaled again. When people look back on his career they will remember one of English cricket’s finest players, with his century of centuries providing the most fitting of tributes.