Mark Webber: Committing to Red Bull for 2013 was an easy decision

Mark Webber extends his contract with Red Bull for a further year, keeping the Australian at the team for 2013 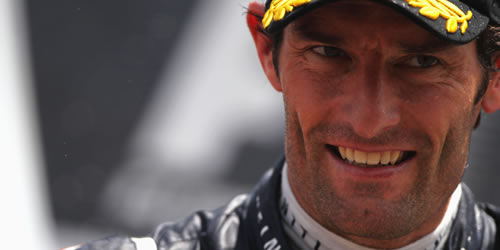 Mark Webber insists committing to Red Bull for the 2013 season was an easy decision after the Australian penned a new deal on Tuesday.

Webber, who claimed his second race win of the season at the British Grand Prix at Silverstone on Sunday, had been linked with a move to Ferrari in recent months but put pen-to-paper on a fresh year-long contract to commit him to Red Bull for another season.

He said: “In the end, yes it was [an easy decision]. It’s been an interesting few months, but overall the continuity and desire for me to continue at Red Bull Racing was very strong.

“My focus is on this year’s championship, which is very important. In addition it’s an amazing bunch of guys and girls at Red Bull Racing and I really, really like working with them. That has a huge effect on me and how I perform in the car and it helped me in my decision.”

Webber is currently second in the drivers’ standings, 13 points behind championship leader Fernando Alonso ahead of the German Grand Prix later this month.

Asked if next season will be the 35-year-old’s final year in Formula 1, Webber added: “I’ve been asked this question for the past four years and my answer remains the same.

“It’s a results-based sport at the front of the grid so the future lies in my own hands. It’s down to me to deliver the on-track results.”

“Mark has driven very well in the first nine races of this season and his performance has been impressive,” he said. “Much of his Formula 1 success has been during his time with Red Bull and together we have achieved 10 poles, nine wins and 31 podiums.

“As there was a strong desire from both sides to continue the partnership, it was a logical decision to extend our relationship and it is with great pleasure that we confirm Mark will drive for us in 2013.”