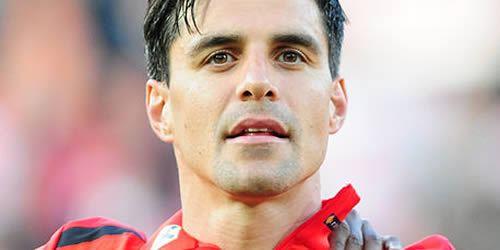 Paul Scharner is hoping to remain in the Premier League despite the Austria international being released by West Bromwich Albion this summer.

The 32-year-old failed to make more than 25 appearances for the Baggies last term – the number that would have trigged a one-year extension to the deal he signed when he moved to the Hawthorns in 2010.

Scharner moved to England in 2005 when he was signed by former Wigan Athletic manager Paul Jewell from Brann in a £2.5m deal. The Austrian midfielder went on to score 16 goals in 156 appearances for the Latics.

“I am hoping very much to stay in England,” he told the Wigan Evening Post. “I have spent six-and-a-half very happy years here since joining Wigan, and I have made a lot of friends in the game.

“I made my name here, and I’ve made more than 200 games in the Premier League.

“I would be sad to have to go and it would be hard, but I also know that anything is possible and I may have to move elsewhere.

“The plan was always to wait for the Euros to finish, wait for another couple of weeks and then make a decision.

“By the middle of July I should be ready to say where I will play my football next season.

“Everything is possible. I’m not worried what might or might not happen at all because these things happen in football.

“The career of a footballer is changeable and you have to be prepared to go where the work is.”

Thanks for THAT derby goal! Twitter reacts to Owen’s Man United exit