After the conclusion of the year's third Grand Slam at the All England Club, Marianne Bevis rounds up some facts & figures 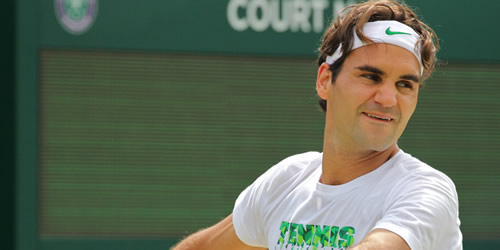 One door closes and another opens—to the very same sporting arena: the All England Lawn Tennis Club.

In the blink of an eye, the same tennis stars will be lighting up Wimbledon again: Roger Federer and Andy Murray, Serena Williams and Agnieszka Radwanksa—this year’s Championship standouts—will regroup for their golden campaigns.

For in just two weeks’ time, with the grounds swathed in a garish pinky-purple in place of its sedate dark green, the men and women who thrilled on grass for a fortnight will start all over again, this time for Olympic glory.

Will they be able to match the achievements and records, the triumphs and disasters that filled Wimbledon fortnight?

Can Wimbledon’s 2012 titlists Williams and Federer convert their doubles gold to singles gold for the first time?

Will early fallers Rafael Nadal and Caroline Wozniacki turn the tables when it comes to the glitz and colour of medal combat?

Will Kim Clijsters, in her last tennis year, finally ride into the sunset as a champion from the place she never managed to win?

Here, as one Wimbledon door closes, are some of the key names, moments and records to whet the appetite as the Olympic door opens.

Peak audience
16.9 million UK viewers watched the men’s final, believed to be the highest figure for a Wimbledon final since Borg v McEnroe in 1980. 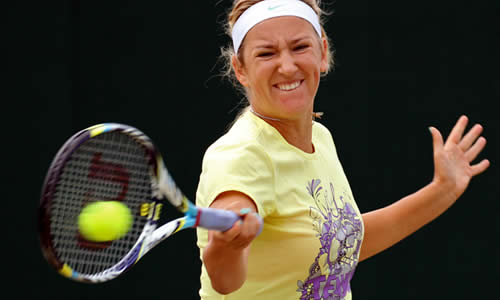 It was all change at the top: Federer reclaimed No1 after two years, Djokovic dropped to No2 exactly a year after he won the top spot.

Maria Sharapova’s residence at the top of the women’s table was very short-lived: She was overtaken by both Victoria Azarenka and, rising to a new ranking high of No2, Radwanska.

Camila Giorgi jumped 56 places to 89 with her run through qualifying into the fourth round.

Another qualifier, Brian Baker, rose 50 places to 76 after reaching the fourth round.

Kohlschreiber rose nine places to a career high of 21 after 11 years on the tour, while Feliciano Lopez fell 12 to 29 after a reaching a career high this season.

Britain’s Heather Watson went up 24 places to No79.

Bernard Tomic, in losing to wild card David Goffin, tumbled 17 places to 45, while Goffin continued his surge with another 11 places to No59: He started the year at 174.

Flirty at 30
As well as two 30-year-old champions in Federer and Williams, there were 15 other women and 33 other men—a Wimbledon record—playing in their fourth decade in the singles draws.

The rain and the roof
The Centre Court roof was closed at some stage on 9 of 13 days, and the men’s singles final became the first to be played under the roof (from third set).

Golden set
Yaroslava Shvedova was the first player in the Open era to win a “golden set”, 24 points in a row, against Sara Errani.

Ticket resale donations to charity
Total income was a record £167,000 so, with HSBC match funding, £334,000 goes to charitable foundations.

The last time that Wimbledon hosted the Olympics was in 1908, but this time round, the tennis event will be one of the most high profile in its history. It all begins on Saturday 28 July.