Tottenham Hotspur have made offer for Alan Dzagoev, claims father 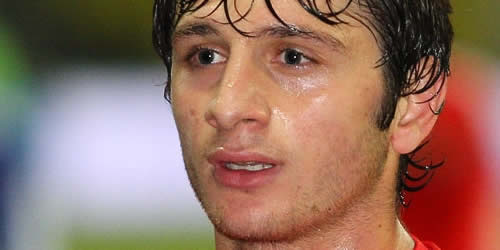 Alan Dzagoev has been linked with a move to White Hart Lane Photo: Soccer.ru, via Wikimedia

Tottenham Hotspur have made an offer for CSKA Moscow striker Alan Dzagoev, according to the Russia international’s father.

The 21-year-old scored three times at the European championship, despite going into the competition fresh from his worst Russian top-flight campaign in terms of goals after netting just five in 31 league appearances.

Dzagoev scored twice against the Czech Republic in a man-of-the-match display, before netting the opener for Dick Advocaat’s side in a 1-1 draw with co-hosts Poland.

“I don’t know if he will stay at CSKA. There are offers – from Spurs and other clubs,” said Dzagoev’s father Tariel, who is also the striker’s agent. “But I tell him not to hurry. Yuri Zhirkov ran off to Chelsea and sat on the bench.”

Tottenham supporter Rhodri Lloyd ‏(@Rhodri_L) looks at the track record of Russians in the Premier League: “Spurs in for Dzagoev #hmmm. If he comes, he best not be like Pavlyuchenko, Arshavin and Zhirkov.”

Spurs fan Paul Daly (‏@PaulDaly90) is excited by the rumour: “Yeah, if they got Sigurdsson and Dzagoev, that’s some serious quality.”

Eoin Leonard ‏(@Eoiny_THFC) wants the deal wrapped up: “Dzagoev linked with Spurs, get him signed!”

And Crip Cooke ‏(@Crippy4Villa) rates the 21-year-old: “Dzagoev looks a real prospect and could be a promising player in the Premier League.”