Tottenham transfer target Moutinho: AVB is one of the best around 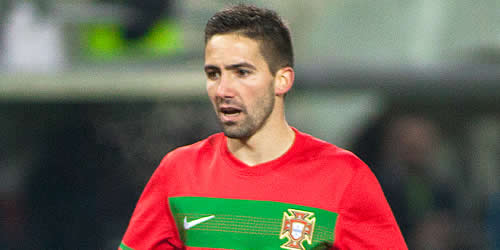 João Moutinho has described Andre Villas-Boas as one of the best coaches he has worked under and insisted he deserved more time at Chelsea.

Villas-Boas has been without a club since the 34-year-old was sacked by Chelsea in March, with his successor Roberto Di Matteo leading the Blues to a Champions League and FA Cup double.

And Moutinho, who worked under Villas-Boas at Porto, defended his former manager’s reputation and pointed to his success with the Primeira Liga outfit during his spell at Estádio do Dragão.

“Andre Villas-Boas is one of the best coaches I’ve worked with. I’d work with him again tomorrow,” Moutinho was quoted as saying by the Sun.

“I don’t really know what happened at Chelsea but when you employ a new coach you have to give him time.

“You can’t always base his progress on results. If players are obstructive it makes the job very difficult.

“Perhaps in the end he was judged more on immediate results than he was on his long-term vision.”

Moutinho, who is understood to have been a transfer target for Villas-Boas while he was in charge at Stamford Bridge, has been linked with a move to White Hart Lane this summer should the Portuguese coach get the nod at Spurs.

“All I do know is he did a fantastic job at Porto. He didn’t win the league title and the Europa League by chance,” he continued.

“But then he had a set of players who bought into his ideas and were enthusiastic and supportive.”

• An amateur player in his teens with Ramaldense and Clube Marechal Gomes da Costa, Villas-Boas never played professional football, laying the groundwork for a coaching career with a spell as a teenage talent scout during Sir Bobby Robson’s spell as coach of Porto in the mid-1990s.

• Still in his 20s, he took on a role as technical director with the British Virgin Islands in 2000, but was back working with Porto’s youth players by the time Jose Mourinho took him into his inner circle following his appointment as Porto coach in January 2002.

• Initially detailed to scout upcoming opponents, he followed ‘The Special One’ from success to success at Porto, Chelsea and Internazionale before striking out on his own as coach of Academica in October 2009.

• An 11th-placed finish in his only season in Coimbra was enough to persuade Porto to bring him in as Jesualdo Ferreira’s replacement; hired in June 2010, he became the club’s youngest ever coach aged just 32.

• Villas-Boas oversaw a memorable 2010-11 campaign at the Estádio do Dragão, becoming the first Portuguese to guide a side through a Liga campaign unbeaten, winning the Super Cup, national championship and Portuguese Cup as well as the Uefa Europa League after beating SC Braga in the Dublin final.

• He joined Chelsea on a three-year deal in June 2011 but was sacked in March 2012 following a poor string of results.

Man United’s Rooney has been made England’s scapegoat, says Robson