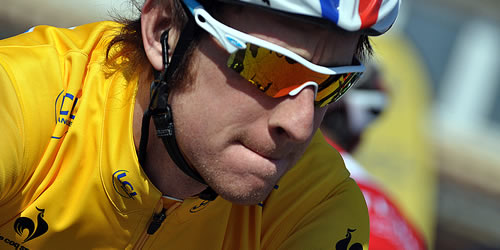 Bradley Wiggins secured his place in not just British sporting history but British history, Mark Cavendish roared to fourth consecutive win on the Champs Elysees – and still there’s five days to go before the Olympics.

The British are coming – on their bikes to a track and road near you and the watching world cannot quite believe what they are seeing.

At the start of the 99th Tour de France no British rider had ever finished on the podium in Paris, which makes Team Sky’s Wiggins and Chris Froome’s 1-2 all the more remarkable.

Indeed, British riders won a third of the 21 stages in this year’s race, they’ve won in time trials, on the mountains and in sprints. It was truly a Promenade des Anglais.

This, they say, isn’t a team of stars but a star team but in the firmament above Wiggins, surely in time Sir Bradley, and world champion Cavendish shine the brightest.

“I’ve had 24 hours for this to soak in and we were just on a mission to finish the job off with Cav,” said Wiggins, who will now play the role of domestique for his team-mate in next weekend’s Olympic road race before going for gold himself in the time trial.

“So job done and what a way for him to finish it off. I’m still buzzing. I’ve got to get used to going into the history books now, but I’m just trying to take everything in first.

“It’s very surreal at the moment because this type of thing usually happens to other people. You never imagine it happening to yourself.

“It’s hard to take in as it happens. Every lap of the Champs-Elysees was goose-pimple stuff. We had a job to do with Mark and we were all motivated to do that so it made it go a lot quicker. The concentration was high and for Mark to finish it off like that, well, it couldn’t get any better.”

Cavendish has sacrificed much in Wiggins’s cause in the past three weeks and despite failing to retain the green jersey he won last year, he still finishes the Tour with three stages win, including the showpiece sprint in Paris for the fourth straight year.

Olympic organisers now expect hundreds of thousands to line the route of the road race and Cavendish is certainly in form to give them more to cheer about.

“It’s incredible what we’ve achieved – what a team,” he said.

“We got a one and two on the general classification but still we were riding to control things on the Champs-Elysees.

“It was an honour to have the yellow jersey leading me out. Bradley told me he’d go full gas to the last kilometre and then Edvald Boasson Hagen led me into the last corner. The finish couldn’t have been more perfect – no better end to this Tour.

“It’s an incredible achievement for the team. Four years ago we said we were setting out to win the Tour, but we haven’t just done that, we’ve got second place as well and a handful of stages.

“Seven stages have been won by British guys this year so that’s one in three – not a bad stat.”

MORE: Blackburn boss Kean waiting for QPR to make an offer for Hoilett