Thanks for THAT derby goal! Twitter reacts to Owen’s Man United exit 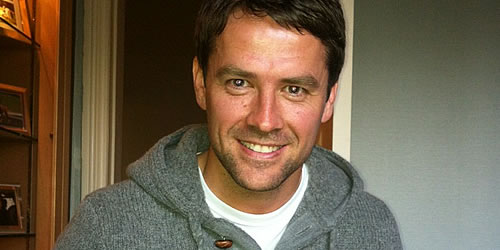 Manchester United have thanked Michael Owen for his service after 19-time English champions confirmed the release of the striker on Monday morning.

The 32-year-old scored 17 goals in 52 appearances since joining in 2009, and many Red Devils supporters have thanked the striker for his contribution on Twitter.

Red Devils supporter Josh Proudman ‏(@jdp9196) thanks Michael Owen for that goal against Manchester City at Old Trafford in the derby in 2009: “Michael Owen officially released by #mufc. Thank you for ‘that’ goal. Good luck son.”

And Day Dreamer ‏(@romildoshi) will also remember Owen for that moment: “It’s official … Michael Owen set to leave Old Trafford … Will always remember you for that wonder goal against the noisy neighbours :-)”

Nick the Red (‏@UnitedFever) says Owen will always be loved by United supporters: “Michael Owen released by United. Liverpool legend hated by Scousers and Newcastle fans but still loved by us :)”

And Graham Mole ‏(@GrahamMole1) is disappointed it never really worked out at Old Trafford for Owen: “Shame it didn’t work out for Michael Owen, a true legend. Hope it goes well for him in the future.”

Castle ‏(@CartyLa) asks ‘where next?’ for the former England striker: “Be interesting to see who Michael Owen goes to. ..”

United fan Red ‏(@ThatBoyGiggsy) struggles to see how Owen would fit in at Stoke City: “Michael Owen could end up at Stoke City – Stoke City of all the teams! How does he fit in their ways of using bulky, overgrown strikers?”

But Joel Gathoni ‏(@mbusih) reckons it would be a good move for Owen: “It is better than warming the bench RT @Qinyanjui: Stoke closing on Michael Owen…Oh My God!”

But Ryan Steele ‏(@Steelinho) is bemused by reports coming out of the United Arab Emirates: “The whole Michael Owen to Al Shabab (UAE) deal is a fiasco. Lots of confirmation followed by just as much denial.”