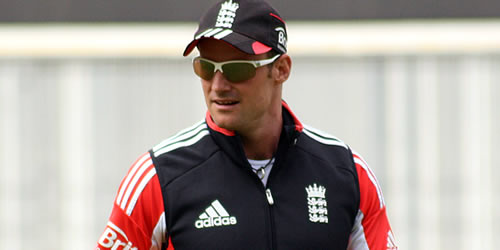 England struggled to claw their way back into the series on Day One Photo: The Sport Review

When the England think tank sat down to hatch their plans for Headingley, Alviro Petersen is unlikely to have demanded too much attention.

While Smith, Amla and Kallis relentlessly ground England into the dirt at The Oval, the South African opener lasted just eight balls before being undone by a Jimmy Anderson in-ducker to become one of two wickets to fall in 189 overs of one-way traffic.

It was a high-quality delivery from Anderson and there was no disgrace in falling to it, but in a star-studded batting line-up England will have considered Petersen the weak link. And justifiably so. His record on this tour (21, 0, 10, 11 before this match) and a fruitless early season spell with Essex that saw him average 21 in the second tier of the County Championship won’t have caused England undue concern.

But as debate raged over team selection and how best to counter the trio of centurions from The Oval, it was Petersen that quietly slipped under the radar on day one, with an innings that could prove fatal to England’s hopes of winning the series.

The day started with the shock announcement that Graeme Swann had made way for Steven Finn as England opted for a four-man pace attack. This is the first Test Swann has missed since the abandoned fixture in Antigua three years ago and the first Test England have gone into without a spinner for almost a decade – the last time being against the same opponents on the same ground back in 2003. England lost, for the record.

True, Headingley is traditionally not a happy hunting ground for the twirlymen and Swann looked far from his best at The Oval amid lingering concerns over his troublesome right elbow, but to leave out a matchwinning talisman who has been such an important component of their side for a crunch match with the title of world No.1 at stake was a seriously brave call.

Having gone with the four seamers, England had little choice but to bowl when Andrew Strauss won the toss and Swann’s absence was felt almost immediately; not with the ball but in the field as Alastair Cook put down a dolly in the offie’s usual berth at second slip to give Petersen a life in the 11th over.

Having already shown signs of early nerves with a wild waft at Stuart Broad in the second over of the day, it was just the slice of luck the right-hander needed.

As England busied themselves trying to dislodge Smith, only to be thwarted when a dead ball was called against Steven Finn for hitting the stumps with his right knee as Strauss pouched the South African skipper at slip, it was Petersen who dominated the strike and took charge, reaching 59 not out at lunch.

It seemed at times as though England were so intent on their nemesis that their focus wavered when it came to bowling at his partner. Certainly Peterson was given too much opportunity to work the ball off his pads into the leg side as his score ticked along and his confidence grew.

England responded strongly after lunch, albeit with some fortune, as Smith inexplicably flicked the ball into the hands of Ian Bell at square leg, Amla ran himself out and Cook took a sharp chance low down at slip to send Kallis on his way when he looked primed for another big one.

Dismissing their three tormentors at The Oval for a combined total of 80 was a victory of sorts, but they hadn’t banked on Petersen’s resistance.

He ploughed on after a rain shower brought an early tea, refusing to get frustrated as England tightened things up in the field, and inched his way towards a fourth Test century in his 15th match – an impressive return for a perceived weak link.

On another day of frustration for England, Petersen emerged as a dark horse to prove that the South African batting line-up has the depth to match its class.