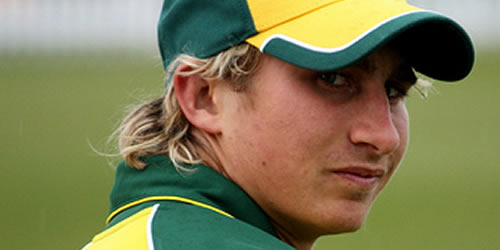 James Taylor is set to make his Test debut against South Africa Photo: Adocentyn, via Wikimedia

Nottinghamshire batsman James Taylor will make his Test debut in a must-win game as England look to square the three-match series against South Africa at Headingley on Thursday.

Soundly beaten by an innings at The Oval in the first Test by a Proteas side that looked vastly superior to their counterparts, England will try their third player in as many games at No6.

The 22-year-old Taylor has impressed as England Lions skipper with an average of 61.60 in 10 matches, and the former Leicestershire player now has the chance to make a name for himself in a Test match that could define England’s summer.

The right-hander comes into the side – after Ravi Bopara stepped down for personal reasons – in fine form, having scored an unbeaten 163 against Sussex in his most recent first-class knock.

Taylor’s inclusion at such a young age will test his mettle but England have bigger questions to address.

Captain Andrew Strauss and coach Andy Flower have been forced into a change at no6 but their big decision will be who lines up in the bowling department.

Flower has ruled out going with a five-man attack but could alter the balance of the attack to try to make inroads into the Proteas top-order.

“An all-seam attack is an option for us,” he told Sky Sports, hinting that Graeme Swann may miss out – the spinner was ineffectual in the first Test, and Headingley traditionally favours swing bowling.

Middlesex’s Steven Finn or Durham’s Graham Onions are the two pace bowlers waiting in the wings, and both have been in fine form this season for their counties, while local favourite Tim Bresnan could miss out on his home ground.

The 27-year-old all-rounder is a bowler that does the hard yards but will not run through sides. Yet his knowledge of Headingley conditions could prove vital as England seek to level the series.

However, England’s selection policy in getting to No1 in the world was based on consistency, and even with the perilous position of the current series, it is unlikely that Flower would oversee more than two changes to the side.

Taylor, who at 5ft 4ins is the smallest player on the county circuit, will get his first chance to sample the intensity of Test cricket, while Finn or Onions will come in to replace either Swann or Bresnan.

Whatever eleven England field, they will need to banish the demons of the Oval and be at their world-beating best.