What did we learn from the Hungarian Grand Prix, where Lewis Hamilton claimed victory before Formula 1's month-long break? 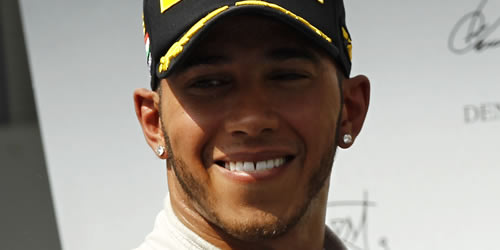 Lotus closer than ever to win

It is surely only a matter of time before Lotus claim their first victory this season. So often the nearly men this year, they came closer still at the weekend in Budapest, with both Romain Grosjean and Kimi Raikonnen keeping Lewis Hamilton on his toes at the front. The Finn’s ruthless streak re-emerged, leapfrogging his team-mate in the first corner following the final pitstop phase. Raikonnen making and holding the move seemed to dishearten Grosjean, who fell backwards from this point, nearly into the clutches of the lurking Sebastian Vettel. If the race was on any of the numerous tracks where deploying DRS is more effective than at the Hungaroring, Hamilton would undoubtedly have had a worrying time in the last few laps.

Maldonado doing himself no favours

Williams driver Pastor Maldonado is fast becoming the pariah of the paddock as his aggressive driving style continues to see him involved in scrapes with the majority of the grid. Last weekend’s clash with Paul di Resta was completely avoidable and resulted in a drive-through penalty which again cost the Venezuelan a possible points finish. Although Maldonado is not always to blame, these instances are fast being outnumbered by the times he is at fault. Given that he has won a race this year, it is unbelievable he has only scored points on one other occasion in the first half of the season. Team-mate Bruno Senna – having a solid if unspectacular season – is now only four points behind Maldonado in the standings thanks to his seventh place in Budapest. Given his extra year with the team, Maldonado should be leading the way and and scoring regularly. That won’t be possible if he continues to serve penalties for avoidable accidents.

Michael Schumacher could be forgiven for thinking he had run over a black cat after breaking a mirror whilst walking under ladders on Sunday. In one of the worst weekends of his career, the German qualified a miserable 17th, stalled on the grid and eventually became the day’s first retirement. However, he was not on his own in having a bad weekend. Neither Mercedes made the top-10 shootout, with Nico Rosberg’s dominant first win in China seeming less and less likely to be repeated. For a famous marque such as Mercedes not to have placed better than seventh in the past three races is simply not good enough. There have been reliability issues and bad luck – particularly for Schumacher – but crucially the pace is not there at the moment. Rosberg has not made the top-10 for three races now, regularly being outgunned by drivers from supposedly lesser and certainly less well-financed teams including Force India and Sauber.

Title race heading to the wire

Fernando Alonso’s lead in the title standings increased despite the Spaniard only coming fifth in Budapest, due to Mark Webber finishing behind him. However, Raikonnen is in fifth position and only 48 points – or less than two wins – behind the Ferrari man. Compared to this time last year, Sebastian Vettel was a colossal 85 points ahead of his nearest rival, team-mate Webber. With momentum due to move behind different teams at each track in the second half of the year, we may still be waiting to crown a champion as we enter the final race weekend in Interlagos. The first race in Texas is a step into the unknown and could throw a curveball into an already outstanding season. With the majestic Alonso, revitalised Hamilton and the dangerous Lotus drivers, not to mention Webber, who finally appears to have cracked Vettel, all in contention, an epic finale awaits. And we haven’t even mentioned Jenson Button’s challenge, Sauber going the extra mile or Mercedes returning to the top end of the grid.