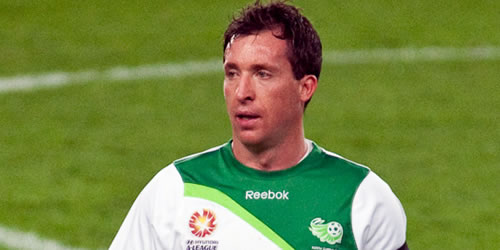 Robbie Fowler has described Adam Morgan as one of the best finishers the Liverpool legend has seen “in a long time”.

The 18-year-old scored his first senior goal in the Reds’ 1-1 draw with FC Toronto on the club’s pre-season tour of America last month.

Fowler, who was a teenage sensation during the mid-’90s when he broke into the first-team at Anfield, was impressed by Morgan when he helped coach the club’s academy players last year.

The former England international netted 183 goals during two spells with the Reds, and Fowler believes Morgan has the natural finishing instinct vital for any top striker.

“As a goalscorer I think he’s fantastic. I was lucky enough to train with him at the Academy last year when I was doing some coaching. He is very left footed and his finishing is very good,” Fowler told Liverpool’s website.

“He never looks ruffled and that to me is a great sign regardless of what level you are playing at. He scored a goal against Toronto and that is a good sign.

“He’s a young lad, he’s got a lot to learn about his play outside the box but that will come. As a finisher he is probably one of the best I’ve seen for a long, long time to be honest.”

Fowler added: “It’s wrong for me to say what he should be doing and so on because I’m not with him all the time but in the games I’ve seen him play in he’s done alright. He’s scored goals and he’s been a handful.

“He works hard and he knows his job which is to score goals. He has done that at every level he has played in so far.

“If you’ve got it you’ve got it. You can tell people how to score goals but it’s about being instinctive, composed and patient because it could be 89 minutes before you get a chance.”