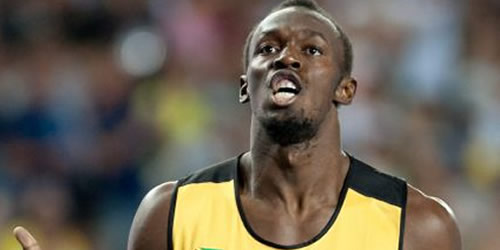 Usain Bolt stormed to victory in the men’s 100m final at London 2012 in an Olympic record time of 9.63 seconds.

The 23-year-old world champion set a new personal best of 9.75 secs but watched as Bolt led the pack across the line to retain his title and cement his place in the record books.

“I was happy when I went out in the first round, I felt I could do this,” said Bolt afterwards. “I was slightly worried about my start. It was not the best reaction in the world but I stopped worrying about it and executed it and it worked.

“I said it on the track, people can talk, all they can do is talk. When it comes to championships I bring it. I knew [the crowd] would be like this, I can feel that energy and I am extremely happy.”

In a race with the four fastest men in the history of the world, seven of the eight sprinters ran sub-10 seconds to produce one of the most memorable moments in Olympic history, as former world record holder Asafa Powell pulled up with injury.

The pre-Olympic talk was dominated by the battle of the Jamaican powerhouses and whether the reigning king – Bolt – or the young upstart – current world champion Yohan Blake – would emerge victorious.

An estimated one billion people across the world were expected to tune in and Bolt and company certainly delivered a denouement worthy of the tag.