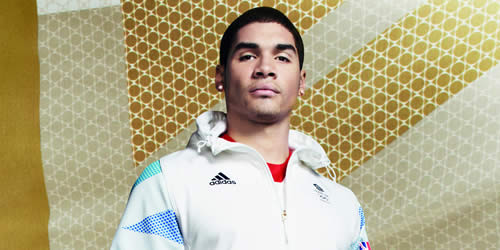 Along with Smith’s performance, a dazzling routine from 19-year-old team-mate Whitlock scored him 15.600 and a bronze medal on his Olympic debut.

Smith’s Silver follows a bronze in Beijing when he became the first British male gymnast to win an Olympic medal since 1908. Four years later, entering London 2012 as favourite, he could not have done more in his quest for gold.

“So I just tried to stay focused, stay chilled, listen to my music and keep calm.”

Praising the newly crowned Olympic champion, Smith added: “We’re good friends. We are great rivals, but we are good friends. If I was going to be beaten by anyone apart from Max, then Krisztian Berki is that guy.

“He will go down as one of the greatest pommel horse riders ever, and the fact that I came second to him is something I’m proud of.”

Whitlock, who didn’t enter the final as a medal favourite, said: “I didn’t even think I would get a medal, so it’s an amazing feeling.

“I just wanted to go out there and do a clean routine. It was basically whoever did the cleanest routine would get a medal and Louis did a great job and I’m really happy to get a medal.”

Both Smith and Whitlock also won bronze in the team event last Monday. Whitlock added: “I have two bronze medals now so this is unbelievable. It’s crazy.”