London 2012 Olympics: Gold medal was worth the wait, admits Grainger 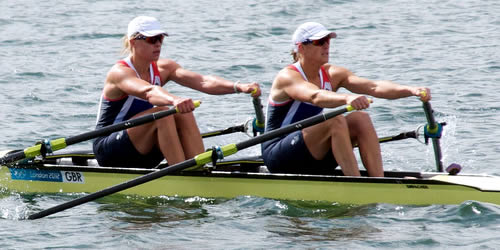 Great Britain’s Katherine Grainger admitted her gold at the London 2012 Olympics was worth the wait after victory in the women’s double scull helped the hosts continue their climb up the medals table.

The 36-year-old finally won the long-awaited gold with her partner Anna Watkins, and crossed the line in 6:55.32 minutes – nearly two-and-a-half seconds faster than France in second place. It was GB’s sixth gold medal at the Games as the hosts moved up to fourth in the standings.

Grainger, who won three silver medals between 2000 and 2008, believes the pair were aware of how well they rowed to finally win that elusive gold, but did not rule Rio out.

“It was worth the wait,” said Grainger. “Steve Redgrave promised there’d be tears of joys this time and there are.

“It felt like we did an emphatic job – we knew we had the goods and it was delivered today. It’s the sense of satisfaction of the job well done for us.

“I don’t need to be asked the gold question ever again. I feel this is people’s medal. A lot of people have wanted this for me, my family and everyone who has ever rode with me, or people from University. It feels so much more special.

“My mum is a bit nervous of Rio. She found this one least stressful at this.”

Watkins, who said they treated the race like any other, was delighted to be part of history, but still didn’t quite believe that it had happened.

“I had to ask Kath if it was a dream. I’m just delighted that she has finally done it. It was just another race, but it was the right one,” she said.