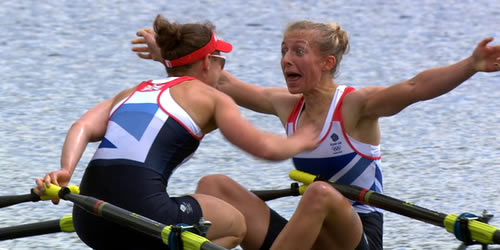 The newly-formed pair stormed out of the blocks to lead world champions Greece at halfway, before powering home in a time of 7:09.30 minutes to top the Olympics podium.

“I can’t believe this is real and we just won,” Copeland told BBC Sport. “I’ve been trying all week not to think about it because it has been making me cry.”

Hosking added: “It’s something we have been working on for so long and there are so many people we have to thank.”

The medal is now the third gold for Team GB’s women – after Helen Glover and Heather Stanning in the pair and Katherine Grainger and Anna Watkins in the double sculls both claimed London 2012 Olympic titles already.