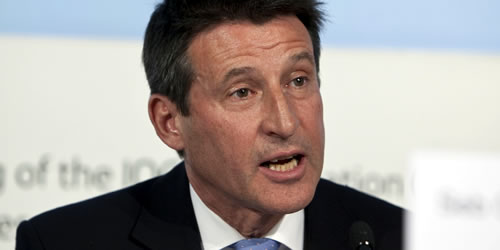 Bolt, who broke the Olympic record with his dazzling 9.63 seconds victory in the Olympic Stadium, was told he could not bring a skipping rope into the warm-up area, as well as being given strict instructions by officials before he raced.

However, four-time Olympic medallist Coe believes that Bolt has fallen foul of the nuances of regulations that change with each venue and promised that he will investigate the Jamaican’s claims.

“I think some of it has been slightly lost in the translation, every venue is different, there are different protocols. I have raced in pretty much most places and that’s the nature of it.

“I think it was more a broad point about different protocols and I don’t read too much into that.”

Bolt, who believes he is close to being called a legend if he retains his 200m Olympic title, said the fussiness carried on all the way to the track as he prepared for his moment of destiny.

The 25-year-old confirmed his place as one of the best athletes ever, with more than 20 million Brits tuning in to see his triumphant victory, but admitted he was still wary of false starting like in Daegu in 2011.

He said: “I was about to run in the final and a guy was telling me to ‘line up’, to ‘stay in a straight line’. I thought really? You’re going to make me line up? Just silly rules.

“It has been different from Beijing. There are lots of rules, weird, silly rules that don’t make any sense to me.

“I tried to wear my tie into the park. They said ‘no’. I said why? ‘Because of the rules’, they said.

“Then I wanted to bring my skipping rope in and they said ‘no’ because it’s ‘the rules’. These rules just don’t make sense to me.

“I was slightly worried about my start. I didn’t want to false start again, so I sat in the blocks a little bit.

“It wasn’t the best reaction in the world but I executed it and that was the key. My coach said ‘stop worrying about the start because the best part of your race is the end’ – it worked.”

Pirelli will not make mid-season changes to Formula 1 tyres