Mo Farah storms to victory in the 10,000m final at the Olympic Stadium to hand Great Britain their sixth gold medal of the day 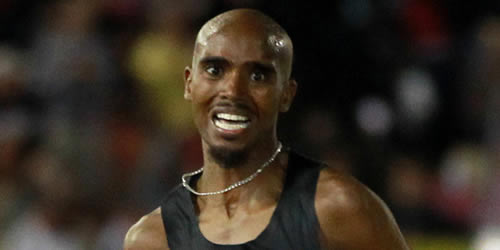 Mo Farah described winning the 10,000 metres as “the best moment of my life” as he capped a golden day for Great Britain in the Olympic Stadium.

Farah stormed to victory in the 10,000m final with a superb run of 27:30.42 minutes to secure the first-ever British gold medal in the event.

And after a tearful Farah paid tribute to the jubilant home crowd following his golden run, the 29-year-old Londoner struggled to describe how it felt to take Olympic glory on his home turf.

“I just can’t believe it,” he said. “I’ve never experienced something like this.

“It doesn’t come around often and to have it right on your doorstep and the amount of people supporting you and shouting your name; it’s never going to be better than this.”

Farah clinched Great Britain’s 13th medal of the Games on a night described as the best in British athletics history.

The Somalia-born runner – who will also compete in the 5,000m – finished the first stint of his London 2012 campaign just minutes after the crowd had watched fellow Brits Jessica Ennis and Greg Rutherford secure Olympic glory and completed the golden trio with victory of his own.

The USA’s Galen Rupp – Farah’s training partner – finished second in 27:30.90 mins as Tariku Bekele took third with 27:21.43 mins, a hundredth of a second ahead of reigning champion, and brother, Kenenisa Bekele in fourth.

Farah’s stunning win ended a run of four successive Ethiopian wins in the event as he became the first Brit to win an Olympic title in 10,000m and the first medal in the event since Mike McLeod’s silver in Los Angeles 1984.