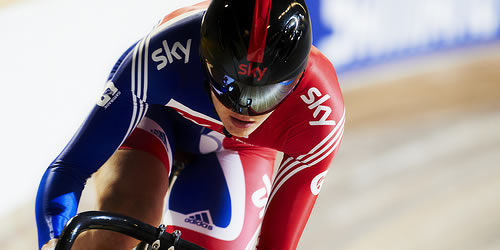 Victoria Pendleton and Jess Varnish have been relegated to eighth in the women’s team sprint final at the London 2012 Olympics, leaving an expectant home crowd stunned.

The pair broke the world record in qualifying, before China lowered it further, and were second-fastest in the first round proper to book their place in the gold medal showdown.

But the commissaries ruled that Pendleton had overtaken Varnish outside the stipulated area on their final lap and after a heated discussion with British Cycling performance director Dave Brailsford, trackside officials decided to disqualify the pair.

And Pendleton – who was hoping to match Sir Chris Hoy’s Beijing haul of three golds in one Games – refused to blame herself and Varnish after the upsetting decision.

“We didn’t change over on the right zone of the track – it’s really hard when you’re going that speed on Jess’ wheel. If Jess moves up slightly I just go and that’s what happened,” said the Beijing individual sprint gold medallist.

“We’ve never really had an illegal change before and it’s not something we’ve ever been concerned about before but it’s one of those things that happens.

“It’s not Jess’ fault, it’s not my fault – we’re both partly to blame really. We were probably just a bit overwhelmed by it all and a bit too eager – we should just have kept a bit more of a lid on it I guess.

“On the whole we’ve had a really excellent run.”

Pendleton will now focus her attention on the women’s individual sprint and keirin as she chases gold in both, but remains upbeat about her team sprint experience.

“The only positives we can take from it is that I know my form is really good. That was by far the fastest second lap I’ve ever done and I backed it up with that second ride,” she added.

“All I can do now is keep my head down and focus on tomorrow and the following sprint competition the day after that and give it everything I’ve got.”

And 21-year-old Varnish – who is now targeting success in Rio after leaving London 2012 empty-handed – will learn a lot from the home Games, claims Pendleton.

“It’s not quite Jess’ Games over because she’s going to have many more Olympic games to go to I’m sure,” she said.

“This is the end for me but just the beginning for Jess. I think it’s an amazing opportunity for her and to experience what it’s like to make the most of a Games environment and I’m 100 percent sure Jess will go into Rio and absolutely smash it.”

It’s not the first time British cyclists have fallen foul of the rules in recent competitions.

At the World Championships in Melbourne earlier this year Philip Hindes, Jason Kenny and Sir Chris Hoy suffered the same fate in a similar incident in the men’s team sprint.